Firstly i would like to give a massive thank you to Phil who identified the possible makers of this caster by checking on his own fantastic website,
I purchased this caster on a auction website and the seller said it was dated 1806 but after checking on Phil’s fantastic website that I visit most days for information regarding both dates and makers marks I thought it was 1725, One of the reasons being No duty marks and a upper case K with a rounded bottom longitudinal ,I noticed a either upper case W or M on the under side of the top part but never thought it would be identifiable,
I took a liberty and contacted Phil for his opinion and he came back to me and confirmed that it was dated 1725, he said there is normally a mark on the top half but from my photos he couldn’t see any,
I told him i had found either the Letter M or W and that i would send him photos , after i sent him the photos he immediately replied to my message and photos with a 99% positive Starling Wilford or Samuel Welder, ( Fantastic ), I have Two queries that i would appreciate any advise on, One is i would like to know about the lives of either or both of the above Silversmiths and the caster has got a insert / plug / filter so the caster has got three parts is it rare to have the inner finialed part.
Once again, Many thanks to topman Phil.
Kind regards,
Ronnie. 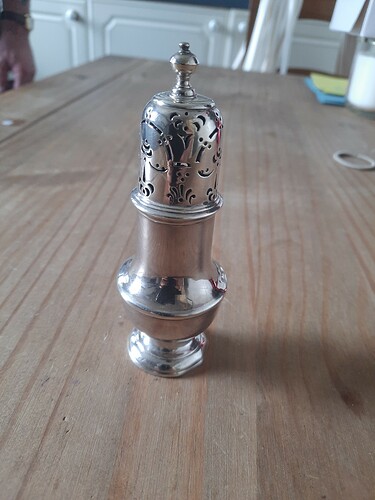 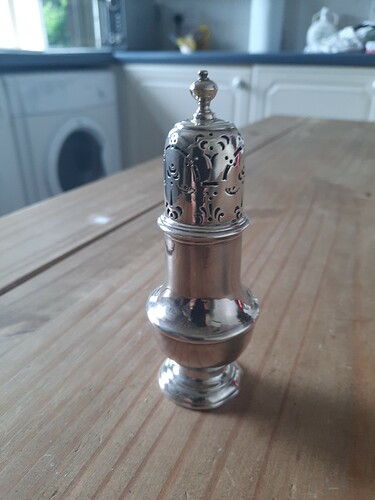 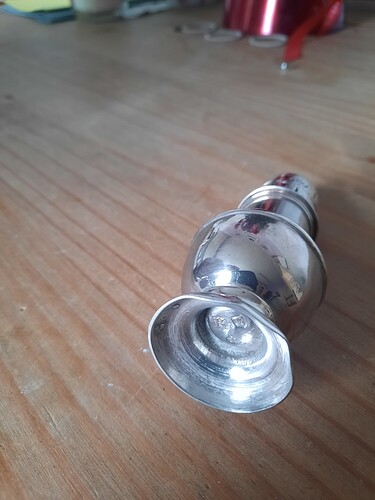 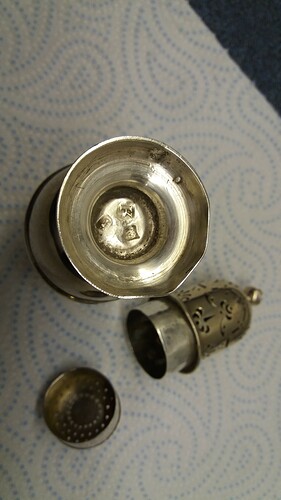 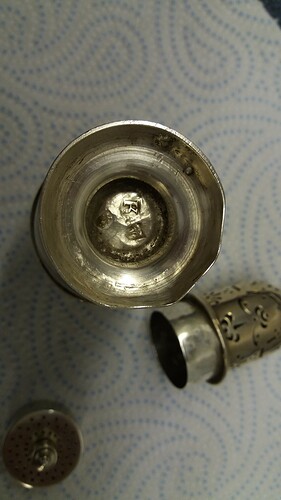 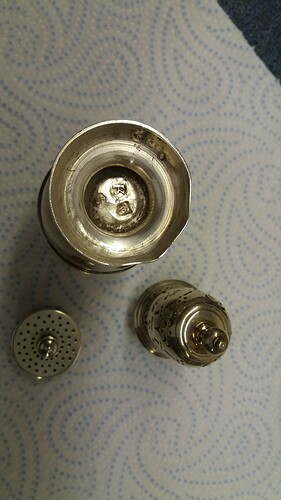 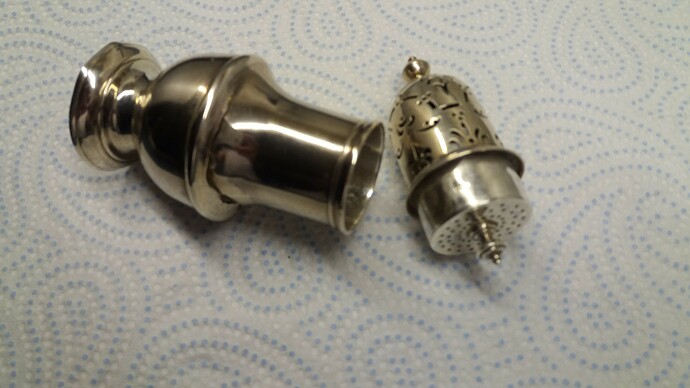 Hello Dan,
Many thanks for your very kind words and I will add a couple more photos showing the letter W with Two pellets,
Would anybody know how rare it is to actually have the filter still with the caster?
Kind regards,
Ronnie. 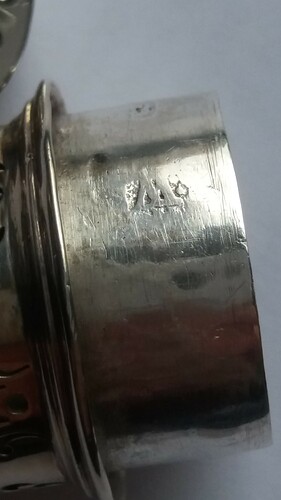 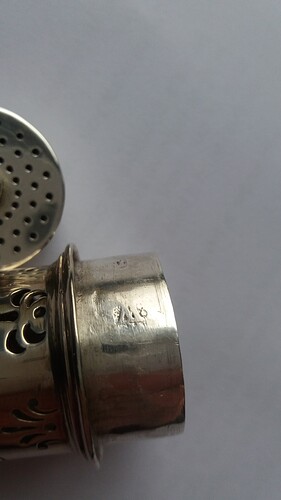 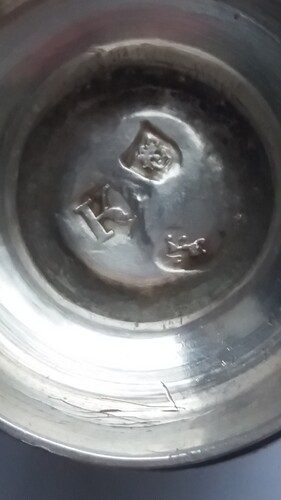 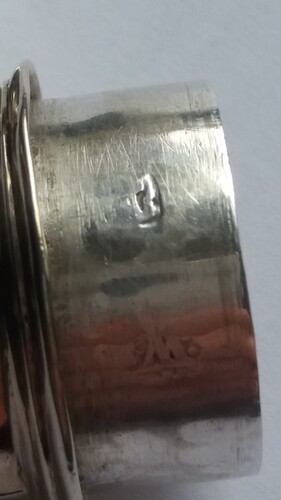