Please need help to identify the silver hallmark and the name/country of the silversmith maker. 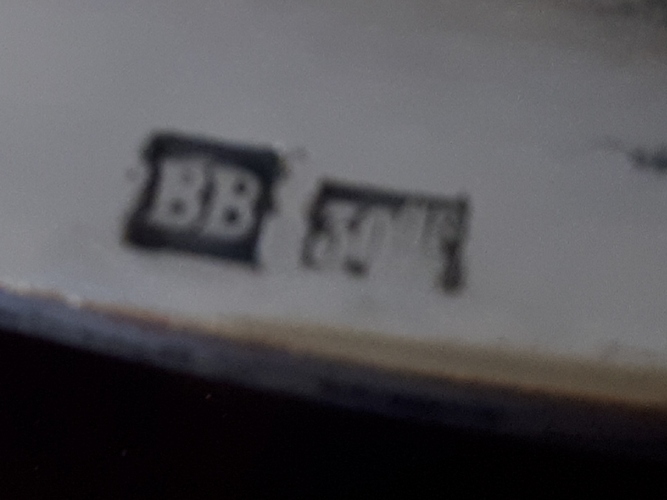 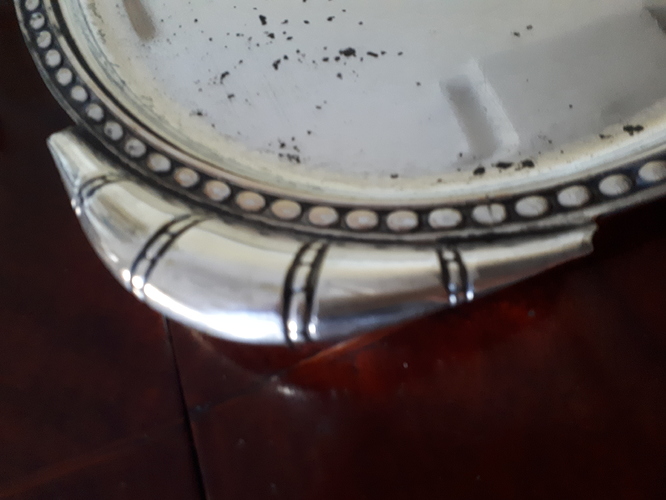 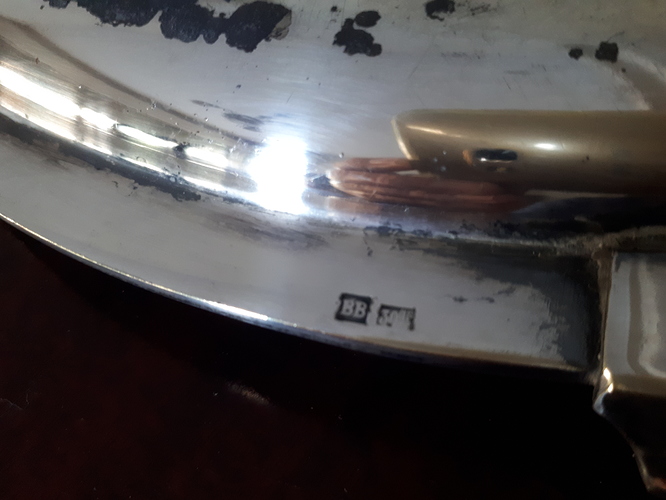 Those marks don’t seem indicative of solid silver. And, while I can’t tell for sure, it looks like it’s silver-plate that has worn through to whatever the base metal is. Maybe someone else here can give a better answer. There aren’t any other marks, are there? I know next to nothing about silver-plate, if that’s what it is. 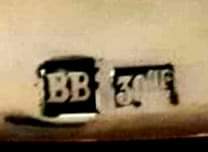 Attached a better picture of the hallmark.
The dark spot can be removed by scratch and underneath a perfect metal base so I guess it’s not rust.
Did some research and found that BB stands for Barker Brothers. Please correct me if I am wrong.
Hope the pic attached will help.
Thank you for your interest and help.

It’s possible that’s Barker Bros, out of Birmingham (England), but there should be some other marks, particularly if it’s solid silver. There should be an Anchor mark, a lion passant, and a date letter. Are there any other marks somewhere else? Though typically these would all be near one another. I can’t make out the mark on the right, looks like it says 30… but the other parts aren’t clear. It makes me wonder if the 30 means 30 grams of silver were used in plating, which some countries do to indicate the quality of the silver plate.