Could Stephen Hardy have made any silver in England?

My aunt and uncle in London gave me a spoon as a baby. It has a card which states that is is a solid silver “tea spoon” and that it was made in 1812.
I cannot upload pictures from here and am very sorry.

I’m very confused about this spoon. The Stephen Hardy S dot H mark is clear, it is exactly as I’ve seen in many pictures online, such as the one on this site. So he’s an American silversmith…
Below that are three marks in a vertical row. The first mark is facing sideways and is a lion, with one front paw down and the other straight out in front, one back paw sticking out behind it and the other coming down out at about the center of the lion and and the tail over its back. The second is a capital letter R, in a Times New Roman font style, and the third symbol appears to be a cameo/head with the detail worn away but if I had to guess it looked to be facing right.

The shape of the bowl of the spoon is also odd. It is very deep and comprises close to a third of the entire length of the spoon, which is about 5.5 inches. The overall shape is oval, but the tip is wide and round, unlike the handle end of the bowl. Overall it has a very distinct shape, as if you attached a handle to an egg, but the bowl would never actually hold an egg as it is only about an inch or inch and a half wide.
There’s a point where the handle and bowl look fused together. It looks as though the spoon bowl were made with a half inch long piece of handle that’s slightly wider than the handle to which it’s fused. The handle end, which bears the marks on its underside, has a pretty fancy looking letter E engraved on it. This end is also wider and rectangular in a rounded way, which seems to be a very common shape.
In looking for a bowl shape like this I have seen no pictures online that match. I can’t figure out what kind of spoon it is, what it’s supposed to have been used for. And why does it have an American silversmith mark if it is from England?
So, thank you to anyone and everyone for helping me solve this mystery!

Your query cannot be answered properly without some pictures. It’s really quite straightforward - you may like to look at this post to see how to do it.

However I suspect that your spoon is actually English, especially as it was given to you from England, and that the maker is some other SH than Stephen Hardy. A picture is the only way to clarify this. Alternatively the marks may be “pseudo-hallmarks”, used by some silversmiths to give their items an authentic look.

Thank you very much, I can now upload photos. Sorry I wasn’t able to at first… 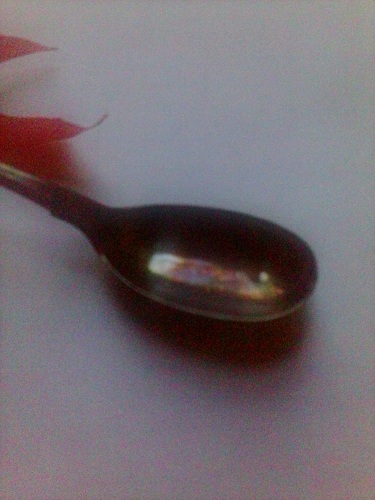 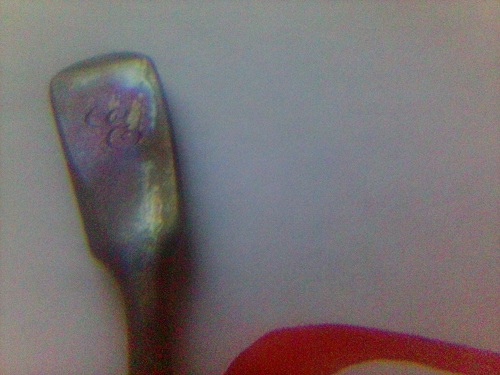 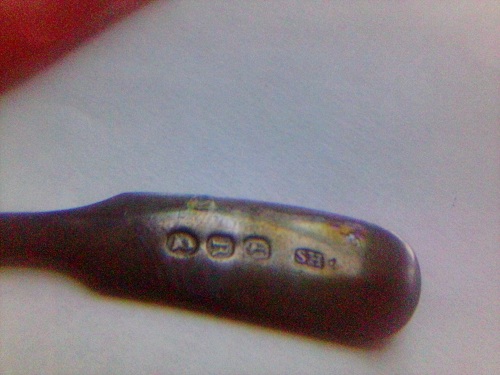 Looks like Solomon Hougham to me.
I would this say this is a mustard spoon or condiment spoon.
Regards
John

Thank you very much!
If it would be possible, I actually have many more questions, such as…
Why is it shaped so oddly? Have you encountered this particular shape before?
Is there any way to find out anything more specific about where it is from? Or where it went after that?
Was it made with a monogram because it was intended for someone in particular, or did smiths regularly fashion entire alphabets of things so that people could easily buy a gift?

Do i need to move to a different topic area or is it all right to ask these questions here?

I guess it seems special to me because it was a baby gift…but also it’s like 200 years old and I’m trying to imagine all the places it’s been, though I suppose there are just about millions and millions of old silver spoons in this world, so it may not be feasible.

I really appreciate your time, thank you again!

I’m not sure exactly why mustard spoons are shaped just like that - it may be to help the mustard drop off the spoon. However it is a traditional shape so ust have evolved to be “fit for purpose”.

The hallmark shows that it was assayed in London in the 1812-13 assay year and that it was made by (as John has said) the London silversmith Solomon Hougham. It would have been made without the monogram, probably as part of a much larger set and the new owner would have had his initials engraved on the full set to indicate ownership. It is not possible this far from that date to discover who might have owned the set, but the spoon probably stayed in London until bought as your baby gift.

Thanks so much, again.
I guess I’ll just have to use my imagination for its history

I do love mustard, but I guess 200 years ago they REALLY loved mustard since they had a special spoon for it.
Anyway, I appreciate your information. It’s been really cool to find out there’s so much more to this than just an old “tea spoon”.