hello to all im looking for confirmation on some marking please so far i have Arron Hadfield-Sheffield-1838-Gearge iv duty stamp. does this seem right? Also can anyone tell me what the stock dove and olive branch logo means. one last thing i cant find this pattern any where on the web does this mean its a one off and would this increase the value, i have 6 forks and 6 knives one knife in two bits, any help or ideas would be great thank you. Fred.
i will post 2 other pics seperately as it wont let me do them at the same time 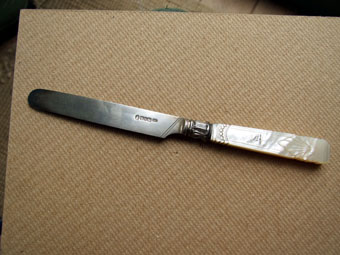 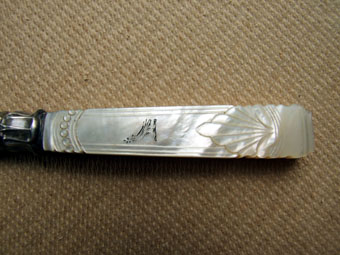 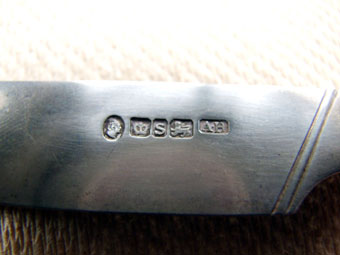 Aaron Hadfield, Sheffield 1838 looks just right to me. The duty mark is that of William IV - although Victoria was on the throne in 1838 it took a little while for the new duty mark with her head on to come into legal effect.

The armorial would have been that of an owner of the knife, probably the original purchaser. You might be able to work out the family name from Fairbairn’s Crests.

thanks for the reply i did wonder about the overlap, i will research further into the crest, do you think the design could be a personal one then?