Hi,
First time posting! This is a wonderful web site and I’m hoping to learn more about some silver pieces I recently acquired at auction. One piece is French and since there’s no specific category for French silver, I’ll start here at the “bar”!

It’s a 13" spoon and is similar in size to what is typically called a stuffing spoon in the U.S. It is a hefty 5.9 Troy ounces. I have been able to identify 2 of the 3 marks through another on-line reference: a rooster and number 1 within an octagon, and the head of a man with the number 8 on the left and 5 on the right within an oval. Those marks identify it as made in Paris between 1798 and 1809 of 950/1000 purity. The top mark appears to be a maker’s mark and I can’t find anything about it. The mark is diamond shaped with the letters N and A in the left and right points, an anchor in the bottom point and an unknown creature in the top point (perhaps a small animal?) Photos attached will hopefully come through well enough. The monogram on the reverse would appear to be later.

This is part of a fine estate that included other “T” monogrammed flatware. Some of it is American coin, I think, and I’ll post inquiries about those pieces separately. 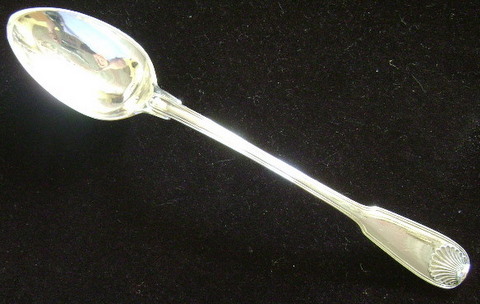 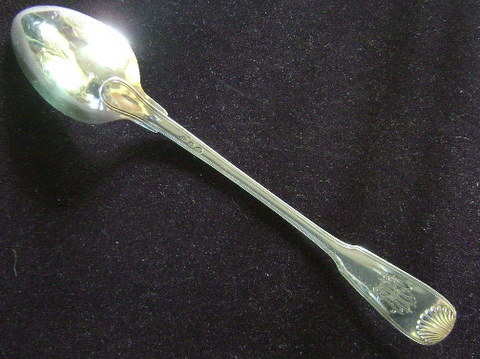 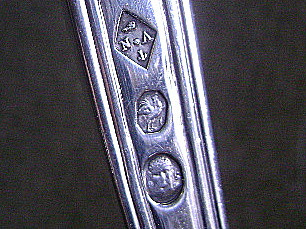