Hi, new here on the forum. Does anyone recognize this maker’s mark on this nail buffer? This is marked sterling in another area of the design. Any help would be much appreciated, thanks! Dave 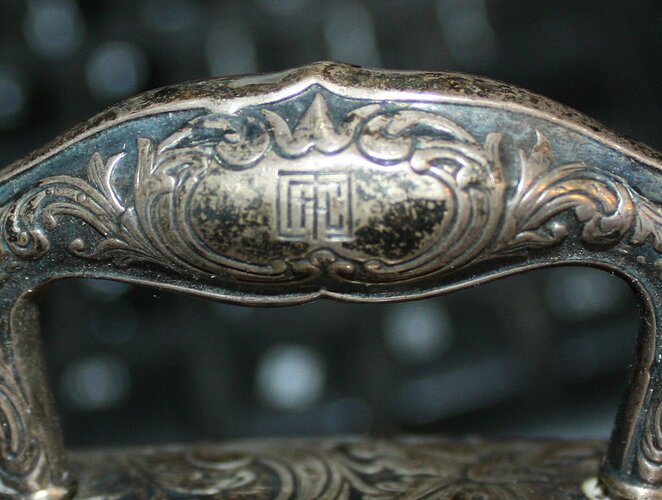 Given its location and separation from the hallmarks, it is probably the initials of an Edwardian lady seized by an urge to buff her nails who bought or had it gifted to her boudoir.

Perhaps you would like to post the hallmarks which will tell us who made it and when?

Given its neo-classical ornateness, this is likely part of a multi-piece set made in the late 19th early 20th century. Hopefully, you have the rest of the set? It is indeed chamois nail buffer.

Chamois being the unfortunate animal that contributed its hide to the creation of this device not the recipient of the buffing services. If you need to replace the leather there is synthetic shammy that works just as well should you not be heading off to the Pyrenees armed with a rifle this year.