Hi how are You guys , l have a dought l don't see verte well is this a fleur de li 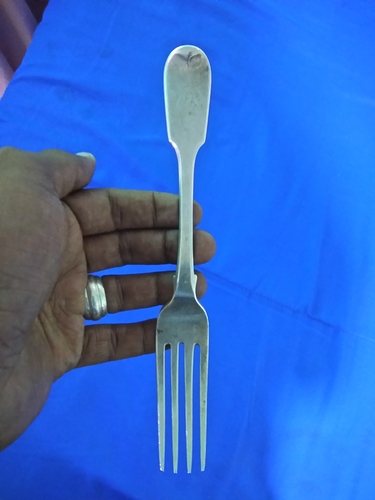 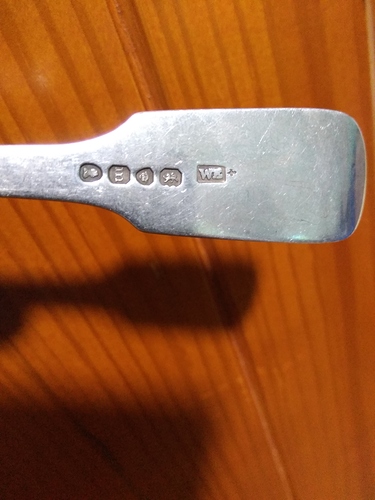 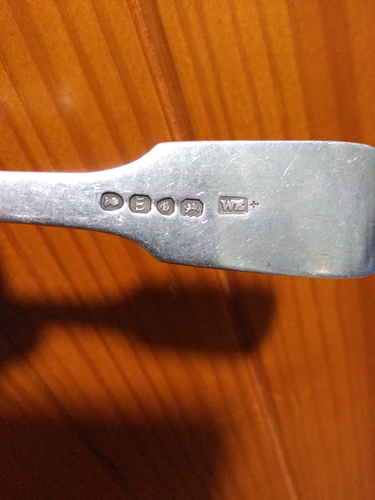 I am not sure exactly what your question is but the hallmark on your fork shows that it is sterling silver (.925) and it was assayed in London during the assay year 1826/27. There were several silversmiths who used a WE mark of this sort but your WE is most likely to be William Esterbrook.

Thank You very much for your answer mr. Osbourn , it was very helpful for me but there is another mark next to W. E. it looks like a lis flower Can You tell me what does it mean please

It is called a journeyman’s mark and is the mark of the workman who actually made the fork.

In Britain, and probably in may other places, it was the custom for a master of his trade (for example goldsmith, shoemaker, etc) to train apprentices in the skills of his craft. When an apprentice completed his training he became a journeyman and often traveled to work with different masters in order to complete his training and become a master himself. Journeymen were trusted to work independently and in many workshops were paid by the number of pieces they finished. Having their own mark made it easy for the master to ensure that fair payment was made.