Hi. I recently acquired a large silver plated tray with 3D sculptures depicting Greek mythology around the perimeter. I’ve been doing a lot of research figuring out what is depicted, but so far I haven’t been able to figure out who made it or when it was made. Any help with this is appreciated. It has only one hallmark and I have not been able to find the hallmark on any websites. There is significant wear in some places so I think it is pretty old. 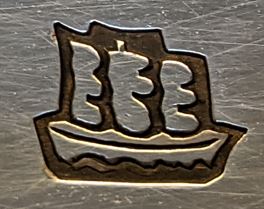 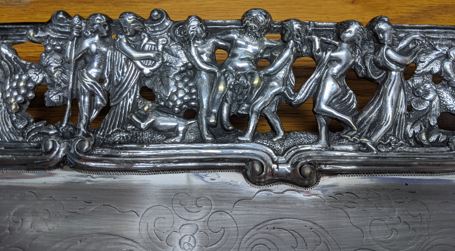 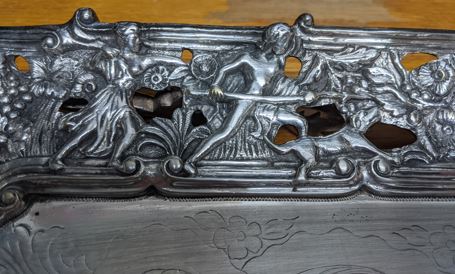 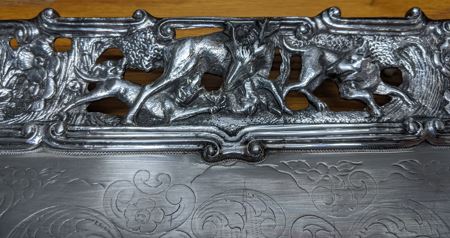 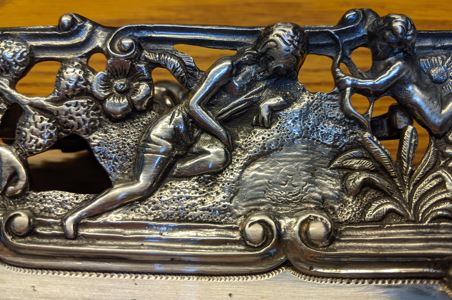 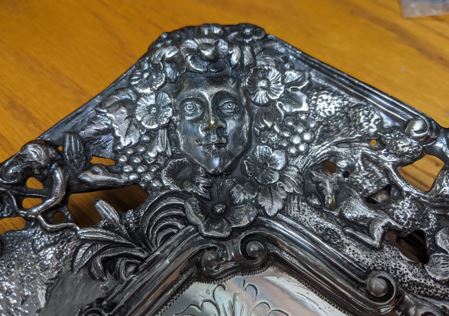 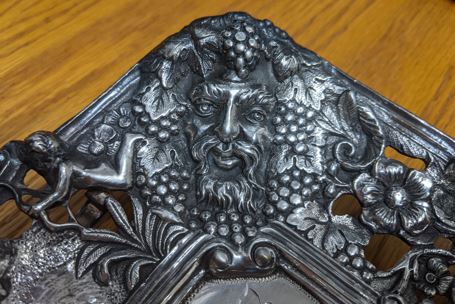 Here’s what I know about the imagery:

Thanks for the help!