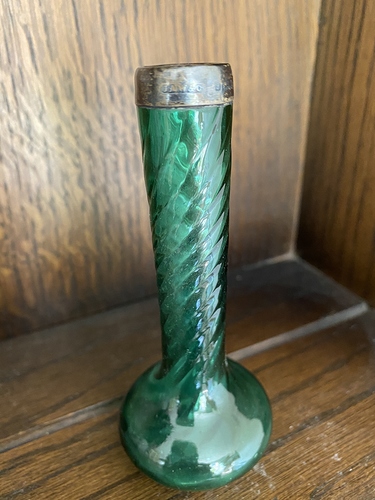 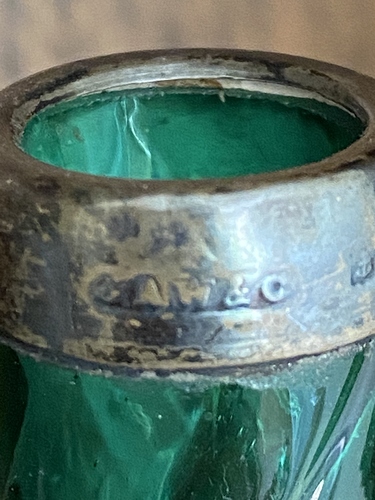 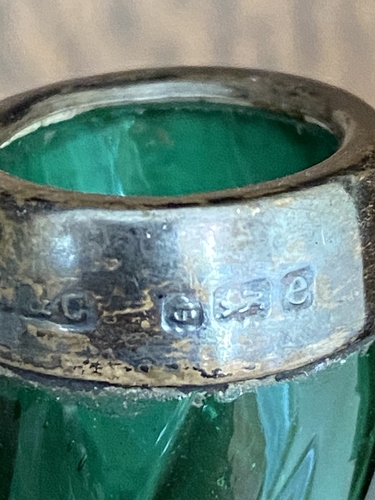 The vase rim has a Birmingham hallmark for 1904. The maker’s mark is almost certainly JAW&Co whose mark has been noted on jar lids and vase rims. I have not identified the maker for certain but it could be J A Wylie & Co, London-based company.

Check out Ebay’s completed auctions for potential value; you won’t find anything exactly the same but there may be some similar items which should allow you to estimate a value.

Dear Phil,
Thanks for all the information and for responding so quickly. It’s so interesting to learn more of the history of this piece.
All the best and thanks again!