Hello. I’m trying to learn more about this little cup. It appears to be Sheffield Plate; at least, there are spots on the bottom of the base where the silver layer has come off and the copper shows through. The silver is visible as a distinct layer and does not appear to be electroplating.

My apologies for the poor pictures. There are three hallmarks, only two of which would photograph. The first is a straight-line shield with a stylized “M F Co” on it. The second, badly worn, appears to be the letters CGF. The third appears to be the digit 5 followed by a smaller character, possibly a zero.

Any and all information deeply appreciated. 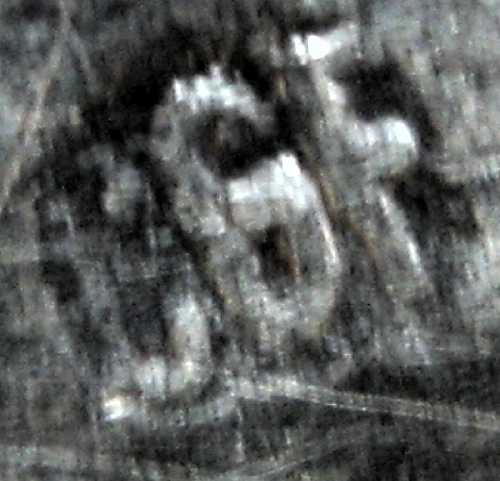 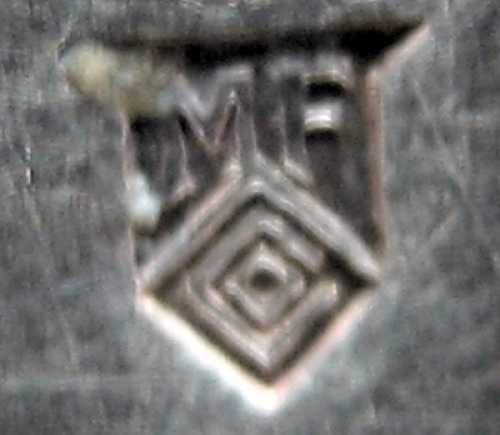 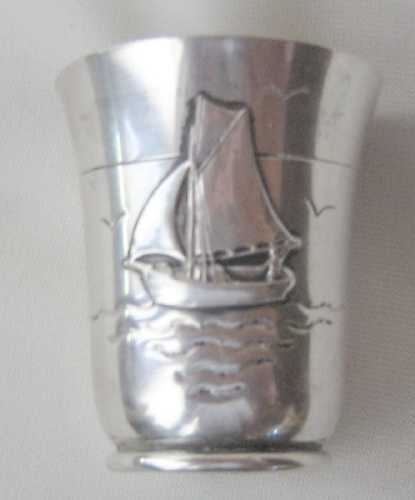 MF is Marshall Fields, the Chicago department store. I would say that your cup is electroplate rather than Sheffield Plate. It probably dates from somewhere in the mid 20th century.

Thank you very much. I was fooled by the thickness of the plating. I initially suspected the MF Co. as Marshall Fields but couldn’t find any pictures of that particular logo.