Am hoping to get some ideas regarding the approximate value of a recently inherited six-piece George III-era tea service. It was originally acquired by a great aunt when she visited England about 80 years ago. It is in good condition and consists of a teapot, two creamers, sugar bowl, hot water pot, stand & spirit burner. Each piece is hallmarked with a lion passant guardant, a crowned leopard’s head, a George III duty mark, and a date stamp for 1805. By using this site I have now found out that the makers’ mark J.E (in script inside a quatrefoil) is that of John Emes, who worked in London in the 1790s-1808.

Each piece is engraved with two crests. The smaller crest consists of a large crown over a sailing ship with a broken mast, and the motto “Disce Pati”. The larger crest consists of a crowned shield supported by: (i) on the left, a winged & crowned female figure holding an anchor; and (ii) on the right, a hatted male figure holding a union flag. The motto beneath is “Secundis Dubiisque Rectus”. After a fairly lengthy search through the internet I have now come to the conclusion that these are the crests of the 2nd Viscount Duncan, Earl of Camperdown & Baron of Lundie. He was the son of Admiral (later Viscount) Duncan, who led the victorious British fleet at the battle of Camperdown in 1797.

Having discovered all this interesting info, am now convinced that some additional insurance for it might be worthwhile. However, as we live on a fairly remote cattle station, more than 5 hours drive from anyone who could do a hands-on valuation (i.e. down in Sydney), that won’t happen for quite a few months yet – at least not until the bushfire season here is over. So is there someone with a bit of expertise in this area who could put an approximate valuation on it? Is it worth just a few thousand dollars (as we thought when we first inherited it), or is it actually more valuable?? If its value is greater than originally suspected, this means I can request our insurer to increase the sum our general house contents are covered for in the meantime, so any ideas would be much appreciated. 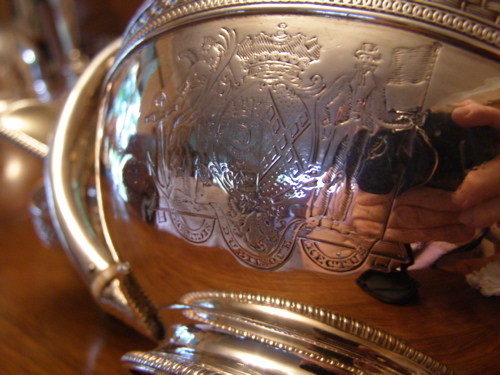 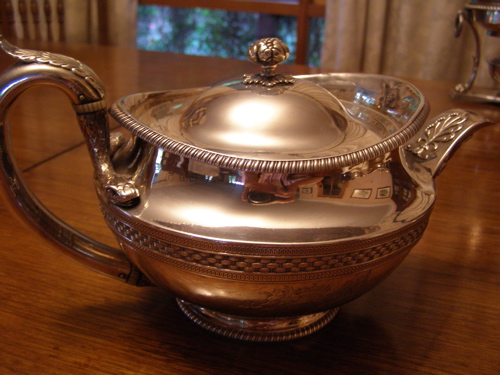 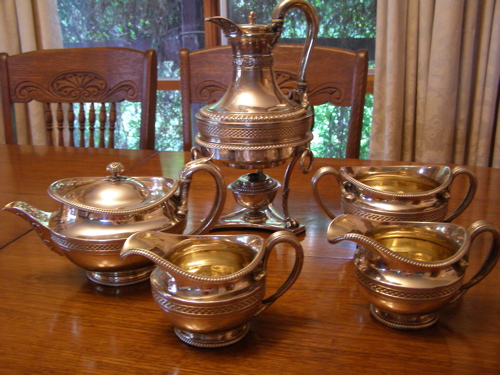