Hello! I have this steel set and was curious to know about where it came from, its history, when it was made, all that stuff. I am attaching a couple of pictures here and if I could get any responses by today, that would be great! 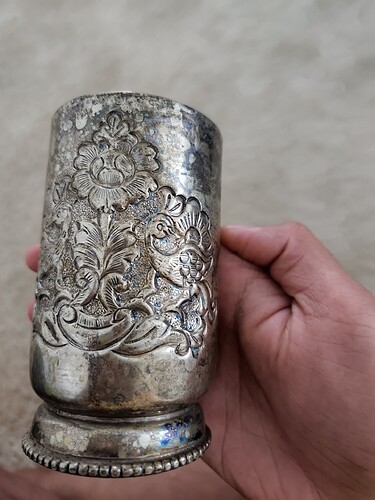 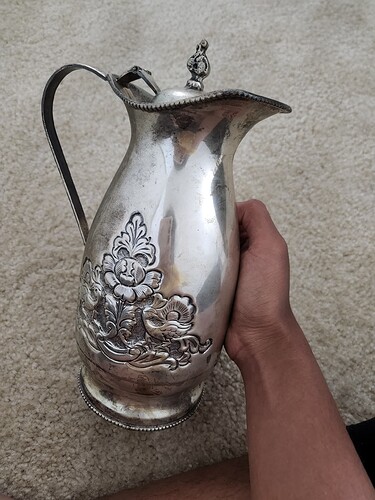 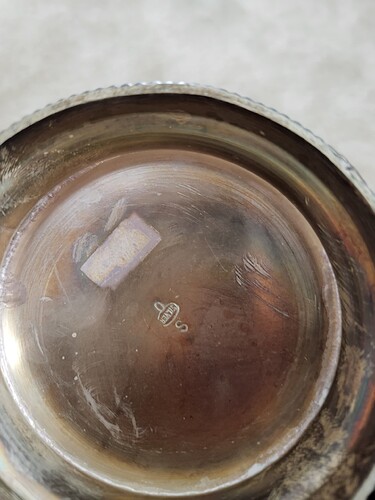 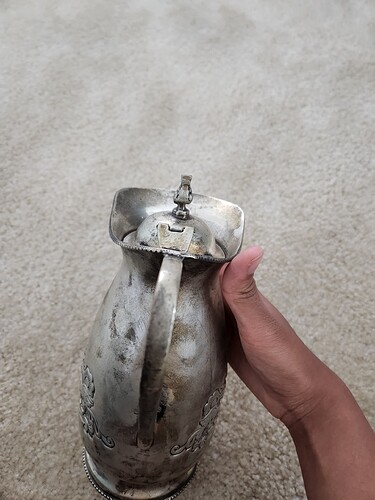 Late 19th century pattern and design . Marked “O Silver”. So not English, possibly American, although none of the usual suspects: Oneida, Olmstead etc used this foreshortened mark. The Art Deco beaded edge design jug has a lid so probably a hot water jug but since it comes with a beaker, at least that’s what I think you are holding, might be sold as a claret jug. It’s not steel, it is probably not sterling or even .800 silver although I really cannot tell from the photos. Best guess; EPSN late 19th early 20th century, American with faux William Morris repousse and embossed or chased design work probably stamped. Look for a seam under the handle. I am afraid I missed your response deadline but since it has been this way for about a century and a quarter it probably won’t transmogrify much in four days.