Please bear with me as this is my first time I write in a forum.
I have two items by Mappin & Webb; a tray and what looks like a preserve/mustard container. Note; the glass dish inside the container did not come with the piece.
Please, if anyone can identify the anchor and crown emblem and also give me some more information on Mappin & Webb hallmarks.
Actually ANY information on these would be appreaciated.
Thanks 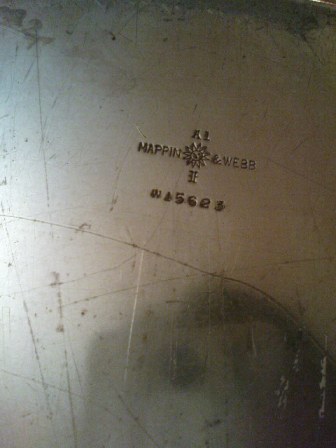 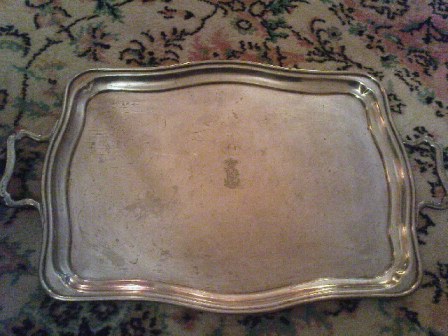 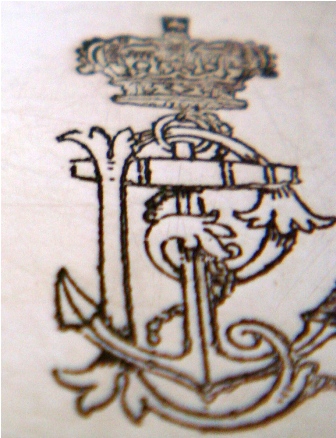 Hi and welcome to the forum.

The Mappin & Webb mark is an electroplate mark and dates from late 19th or very early 20th century.

The crown and anchor intertwined with L is the mark of the tray’s owner. Most likely the family name began with L and they had a naval connection as the fouled anchor is the symbol of the Royal Navy. The crown (or more properly coronet) indicates the peerage degree of the owner. I think that your illustration is of a marquess’s coronet.

Thank you so much for your reply. This is the most information I have gotten in a few years that I am searching.
Do I understand that probably it was privately owned rather being a piece from some shipping line or some navy or something of that sort??/
Is there any value to it???
I also have a preserve/mustard ( or at least this is what I think of it) container and I will post the photos tonight. This one only has mappin & webb on it and no other marks.
Just for your information, these pieces were found in my grandmother’s home in Greece so obviously they were found there. The story goes that a relative who also dove the seas found them and brought them to her…!!!
Thank you again.

Yes, the tray was almost certainly privately owned and although it has some value, it won’t be a lot.

Thanks again for the reply.
An other question: is there a data base or something somewhere that can identify the ownership of the emblem???

I am attaching photos of the othe rpiece. Please note that the dish inside is mine and the piece did not come with it.
Any comments on this piece would be appreciated along with a value if any.
Thanks for your time. 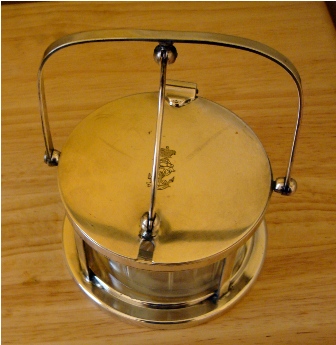 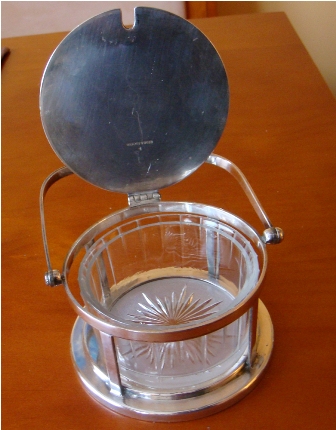 Mappin & Webb were known both for sterling and for silverplate, please see the following link for more info.
silvercollection.it/MAPPINWEBB.html

I’m a sucker for silver!