Hello Everyone,
I have this cutlery set, which came from Argentina, early 20th Century. I can’t identify the hallmarks at all in any manual so I don’t even know if it is sterling silver or silver-plated. The handles are either bone or ivory I think. Can anyone help - it would be much appreciated! (Hopefully the images upload okay). 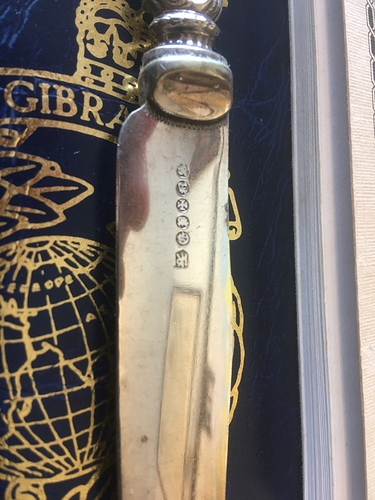 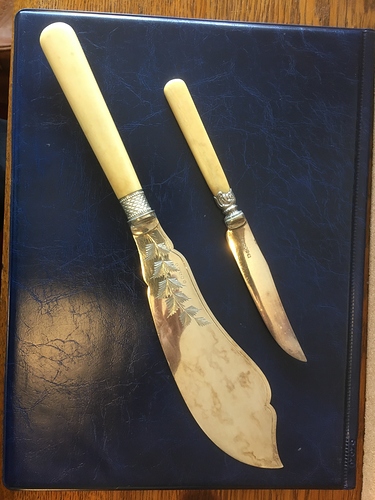 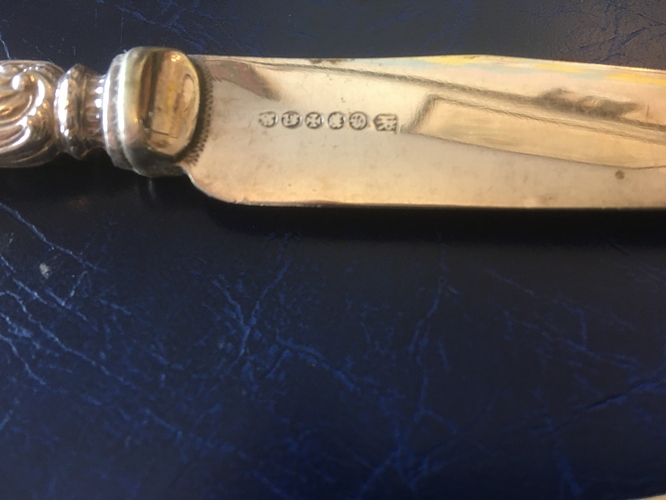 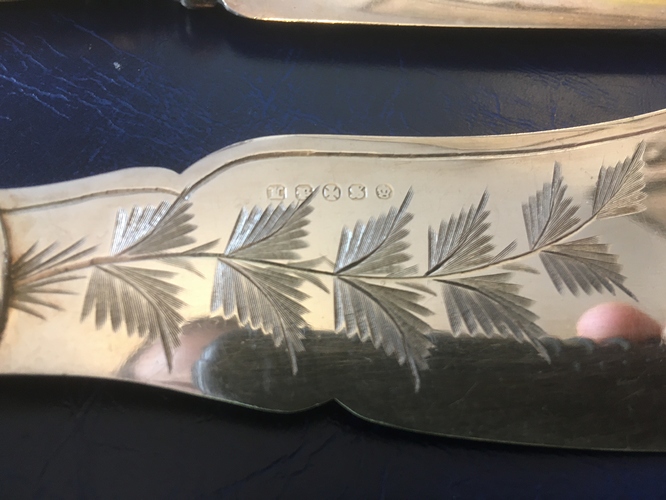 These pieces are both electroplated and would have originated in the UK before their trip to Argentina.

The markings on the fish serving knife read LP (the manufacturer’s initials - not known to me) and, after the cross, S, almost certainly for Sheffield. The use of a crown on electroplate was outlawed in the mid-1890s so that gives a late 19th century date for it.

The markings on the smaller knife (probably a dessert knife) read EP and NS on either side of the cross, for electroplated nickel silver. The other mark, which looks as if it may be HKP in a monogram, is the manufacturer’s mark and is also not known to me.

Phil, thank you for the information - really appreciate it!