Can someone identify this

Hi I’ve looked all over but can’t seem to find anything on this piece of silverware I’ve found. It seems to be silver has a stamp
On it that says mattson & hoes. And there’s some other stamps that are hard to read I will post some pics and hopefully someone can tell me something about it. 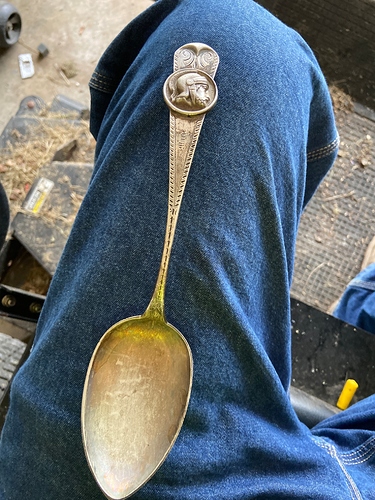 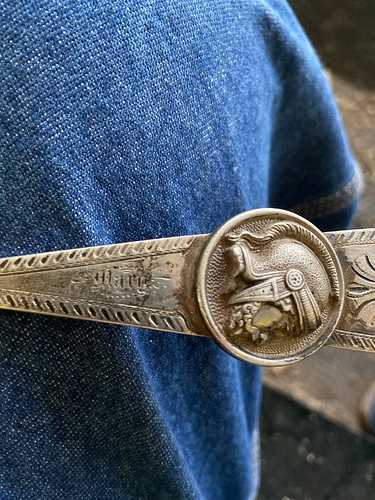 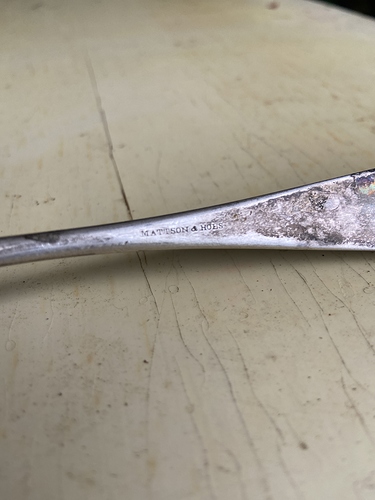 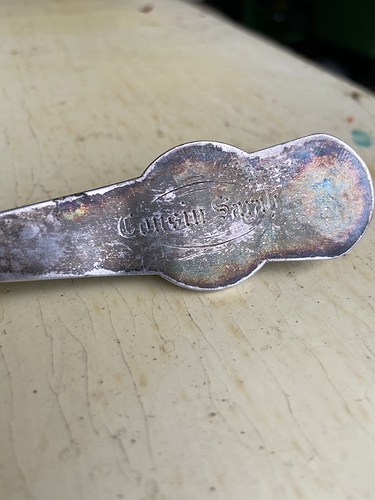 I read the mark as Mattson & Hobs and is probably the name of the retailer. The 2 script marks say “Mary” and “Cousin Sarah” and will refer to the owner[s]. As the spoon does not have any indication of silver fineness such as “sterling” or “925” for example, we have to assume that it is electroplate. Perhaps somebody will recognise the pattern where we appear to have an image of a classical Greek soldier.

This general pattern is called “Medallion” and there are a few manufacturers who made this. I’ve never seen any that were silver-plated, but it’s not impossible. These were typically made around the 1860s onward in the US to around 1900, and were usually either coin (older pieces) or sterling silver. The Medallion pattern varied in its particulars depending upon the manufacturer. I believe the first manufacturer was John R. Wendt, but this does not look like one of his. The retailers sometimes had variations to set their own versions apart. I agree with Phil that Mattson & Hobs is probably the retailer. The actual manufacturer often did not mark their silver back then, instead putting only the retailer’s mark. The medallion part of this piece is better quality than a lot of the ones I’ve seen.

I forgot to mention that you should look and see if there’s a tiny 925 mark somewhere on the back of the handle, or possibly the word “coin.” Then it would definitely be solid silver, either 92.5% pure in the case of sterling or 925, and 90% if it’s coin. There are people who especially like to collect coin silver as it was widely used in the US prior to the Silver lode being discovered in Nevada.