Is there a way to distinguish between a capital O and a lowercase O on a Birmingham piece? I have a tea strainer and rest (by different makers), both hallmarked “O,” which means either 1913 or 1938. I’m guessing the difference is in the anchor – am I right? 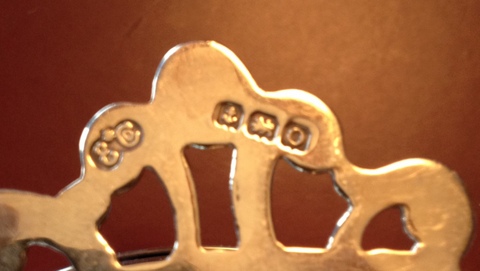 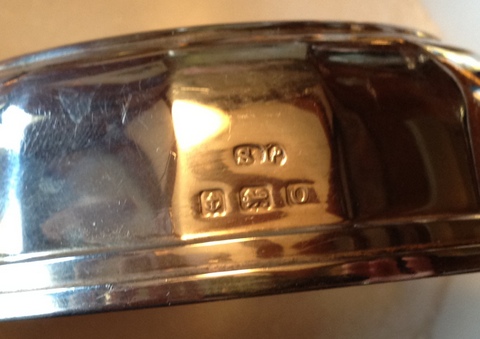 Thanks so much for your information. You have an excellent eye – I had not identified William Suckling’s mark.

As far as the anchor goes, Judith Banister’s Dealer Guides: English Silver Hallmarks (1995) gives on p.32 illustrations of the anchors for the 1900-1924 and 1925-1949 series that suggest the upper cross-arm for the earlier series is much shorter than that for the later series. But I haven’t been able to compare actual examples.

I have a number of images of Birmingham hallmarks and can confirm that the length of the cross-arm is not consistent through a full cycle. There seems to be quite a mixture of lengths so I don’t think we can use that as an indicator. I suspect that the size of the letter o or O may be an indication but the difference is so small that normal wear and tear becomes more significant.