Hi I have these 2 silver teapot and coffee pot withe the markings EMESS on them, what does this marking mean, what’s the historical meaning and are they of any significant value. They are very attractive and ornate. 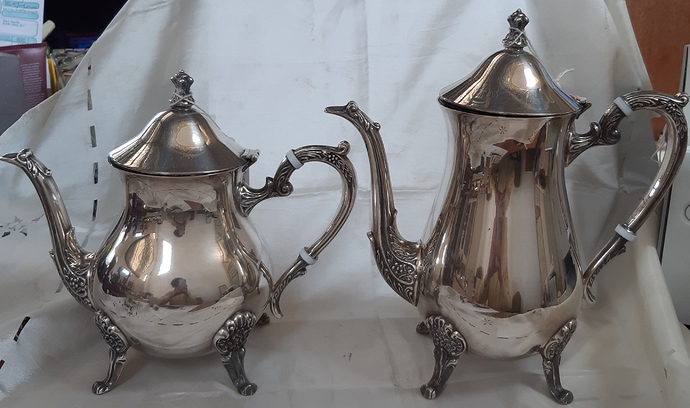 Please show a picture of the marks.

Hi sorry, these are the best I could do of the markings. They’re a bit worn. Thanks so much Bev

As there are no fineness markings - and it says “silverware”, not “silver”, it is a good assumption that these are electroplated and not silver. An internet search reveals several occurrences of “EMESS Silverware”, all of which describe the items as electroplate or plated. In addition there seem to be more located in South Africa than other countries so it is very likely that they are a South African company.

They do not appear to be very old - latter part of 20th century probably, so have no historical significance, and as there is no silver content they have no intrinsic value. What value they have lies solely in their potential decorative or utility usage.

Thank you Phil for sharing your knowledge, it is invaluable. Thanks Bev