Hello, silver collectors, would anyone be able to identify these hallmarks on a silver tea set? Are these silver or plated silver? Any help is appreciated. 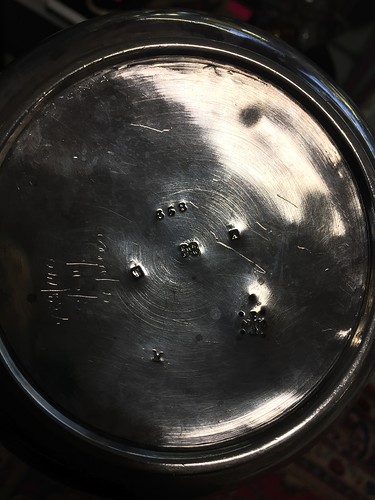 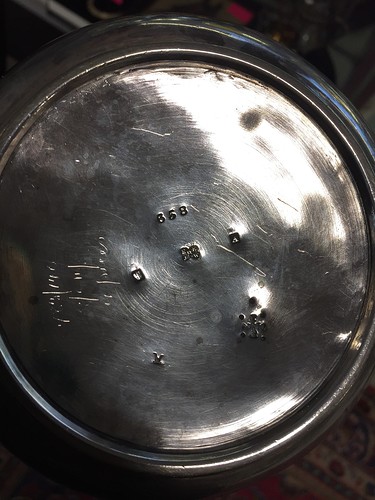 This is English electroplate. The manufacturer is Edward Barnard & Sons, a London company and this version of their mark dates, on electroplate, to the 1840s. They used exactly the same mark on their solid silver pieces but we know that this is electroplate because it is not hallmarked and because of the shield bearing the arms of the City of London. The initials are those of the partners in the company, Edward, Edward junior, John & William Barnard. On solid silver this mark was succeeded by a different mark in 1851 when the partners changed to just Edward junior and John.

Thank you, Phil. Your depth of knowledge and kindness at helping others is outstanding. The tag at the store describes the tea set as made by Austrian firm Wiener Werkstatte, but I was doubtful. Thanks again and all the best in 2021!