I posted this in the whats it worth forum but I figured that I should post pics here about the hallmark. I suspect that these goblets are plated however I might be wrong and would like to see what you all think. 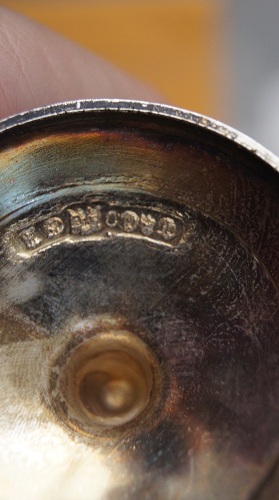 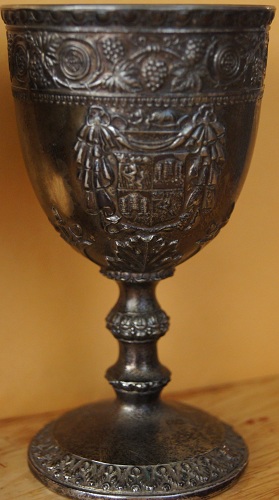 Heres one other picture. I wasnt sure if I had it upside down so I thought I would post it at a few different angles. 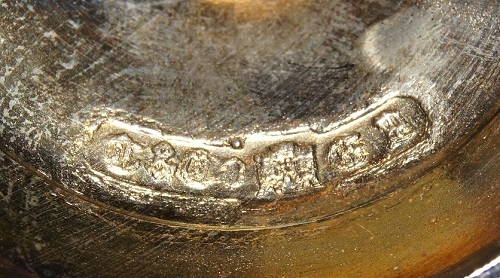 Your goblet is a mid to late 20th century piece and it was made by Corbell & Co. of Scottsdale, AZ. They manufacture lots of items but they’re known for their silverplate reproductions of antique European objects of virtu, such as this goblet. The value of it at auction (such as eBay) would be minimal since it is modern electroplate rather than solid silver.