Hello, I found this Wallace bowl and I am confused by its markings. I believe Wallace is an American firm, yet the hallmarks, including a lion passant, are English. Is this bowl sterling or the marks for silverplate 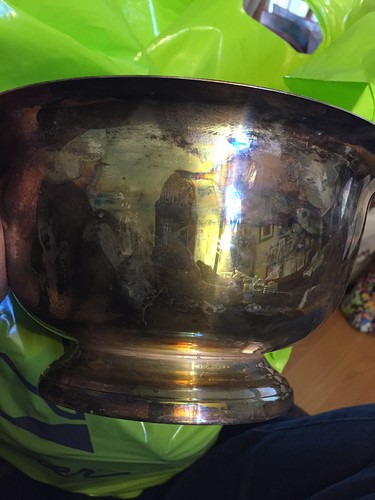 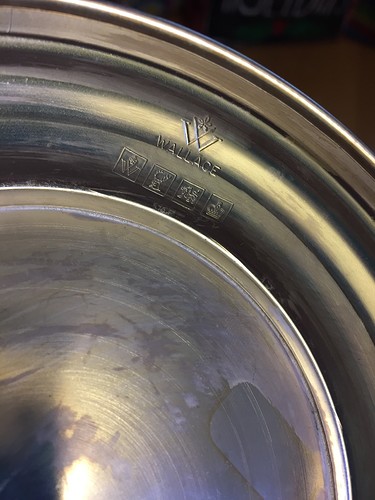 Wallace Silversmiths of Wallingford CT, previously R Wallace & Sons Mfg Co. This is one of the ways in which they marked electroplate; for silver they used the word “sterling”. A lion passant and crown may be found on English silver but they look nothing like these as used by Wallace. Both symbols are used by silversmiths and metalworkers throughout the world, presumably in an attempt to imply quality but normally without any intention of deceit.

Thank you very much for your insights, Phil!