Help with a Strange Coffee Pot 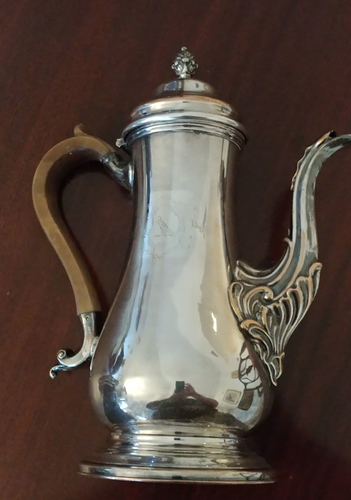 From the wear, it is certainly silver plate with no pretensions to being solid. At first glance, it seemed too smooth and perfectly shaped to my eye to be anything special, none of the roughness I’ve seen in very early Sheffield Plate. I bought it because I liked the wooden handle that suggested it was made for actual use and not a display piece. When I got it home and started to clean it up, I found some surprising features.

Underneath the shop’s label there’s what appears to be an armorial of a bird (maybe a falcon, maybe a dove, I have no idea) in that lightly etched style I’ve seen on Georgian period Sheffield Plate. 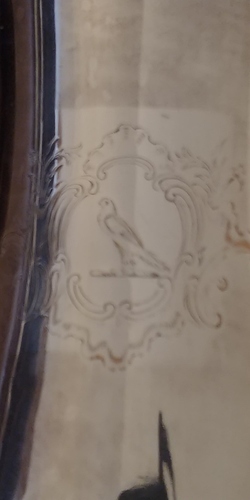 the bird1024×2048 115 KB
Also the pomegranate or pineapple finial screws in with the same kind of heavy screw and bolt as the handles of those Georgian pieces. 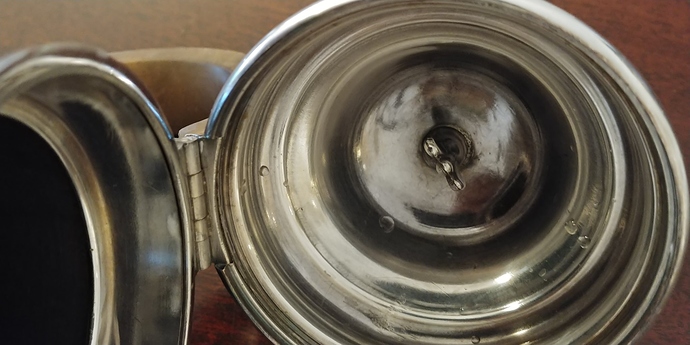 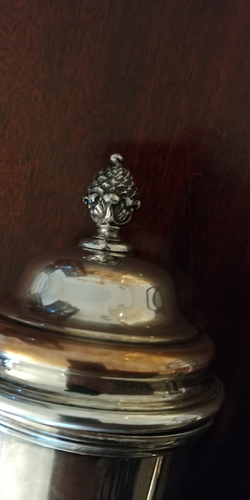 There is only one maker’s mark: the initials R H. No cartouche or container of any kind, just the letters, possibly with a worn “pip” between them similar to what you see on Robert Hennel I in England and Roswell Huntington in the U.S. (which are both inside a shape of some kind). It should also be noted that the initials are on a wear mark, so they could have been added later. Finally, there’s a pinpoint size hole in the very bottom. I don’t know if that’s a tell of something machine-made or not. 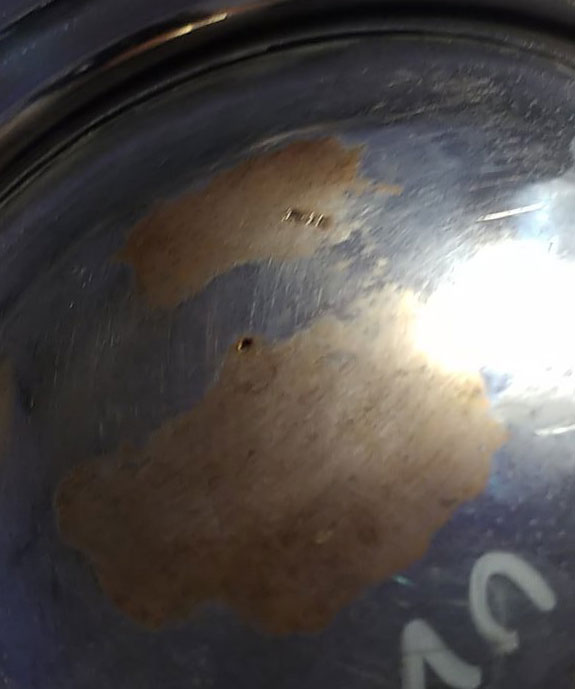 Any clues about this puzzle piece? The heavy spout is pretty, but damn it’s weird.

Just a couple of comments (I have no real idea either on this). First, assuming that the discolouration in your last picture is the base metal, I would say it’s definitely electroplate rather than Old Sheffield Plate. And secondly the engraving, which looks very hawk-like to me, does not seem to have the form of a family armorial with a frame of that sort around it; the engraving may therefore be an original manufacturing feature rather than a later add-on.