I have a pocket watch which appears to be made by Thomas Powell Bates, 62 Duke Street Liverpool. The hallmarks suggest Chester 1874 and the maker’s mark is T.P.B. However I can find no record of this maker’s mark in any of the listings and have yet to find any mention of Thomas Powell Bates in directories etc. Does anyone have any information on this silversmith/watchmaker? Also the Queen’s head hallmark is missing, does this mean that no tax was paid on this item or that the maker had some way of avoiding tax. Thanks for any information on this item 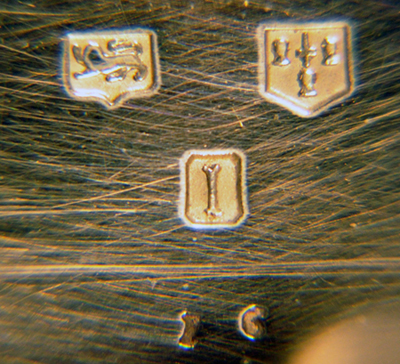 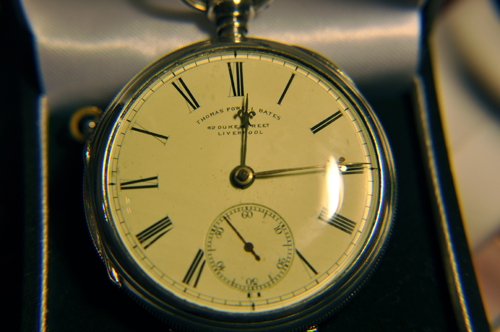 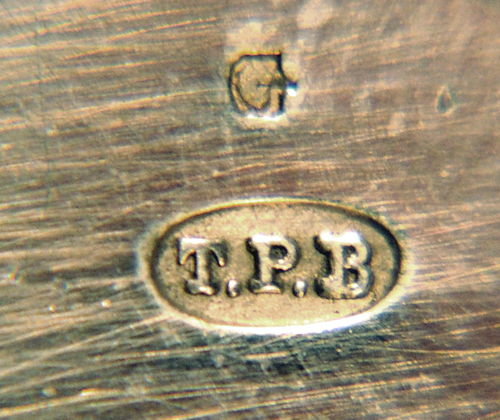 Thomas Powell Bates registered several different marks at the Chester Assay Office from May 1864 through to January 1875. He is described as a Watch Manufacturer and his private address is given as 53 St Martin’s Street, Liverpool. By 1894 his premises in Duke Street were occupied by a wine merchant so we may assume that he went out of business between 1875 and 1894. Just to back this up the Births Marriages and Deaths Register records the death of Thomas Powell Bates aged 42 in the Jul, Aug, Sep quarter 1876. In the 1871 census he was living with his sister-in-law at 85 Sea View Road, Walton and was unmarried; his occupation is watch manufacturer.

Payment of duty on watch cases was repealed in 1798 so the lack of duty mark is to be expected.