Help With Marks on a Tankard Please

Hello Forum, Any help identifying these 4 marks on the bottom of a tankard and a single mark on the upper lip would be greatly appreciated. Thank you! Kert 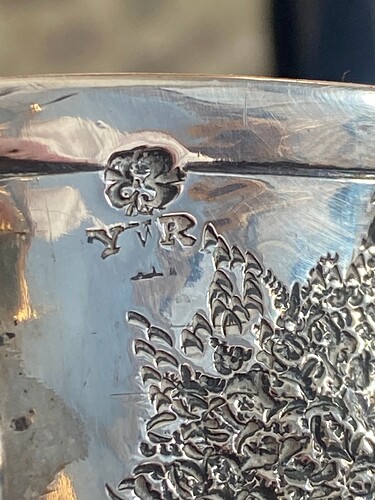 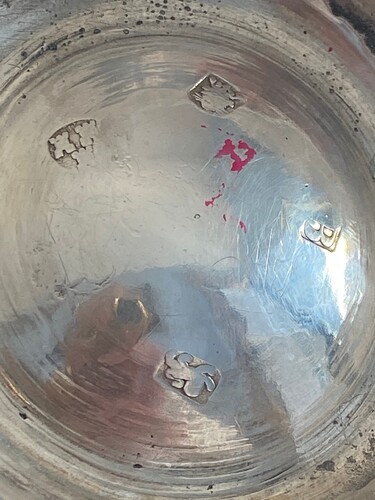 The mark on the lip looks like an official stamp to verify the volume. The letters underneath appear to read “V R” for Victoria Regina (Queen Victoria). The marks on the bottom show that it actually dates from before Victoria. They are a Newcastle sterling silver hallmark. The form of the crowned leopard’s head (the top mark in your picture) leads me to think that the “B” is the date letter for 1792. Similar "B"s were used for 1816 and 1840 but I don’t think that the other marks are consistent with either of those dates. Two parts of the hallmark have disappeared, probably polished away. These are the duty mark (which would probably have formed a pentangle with the 4 visible marks but of which I think I see a faint trace) and the maker’s mark which would have been in the centre.

Thank you Phil! That is similar to what I was thinking but the lip mark I had no idea. I was torn about 1816 & 1792. I will scour it tonight to see if I find any other marks. It’s a beautiful piece so I’d love to know who made it.

Here’s a photo…… figuring out the crest is next! 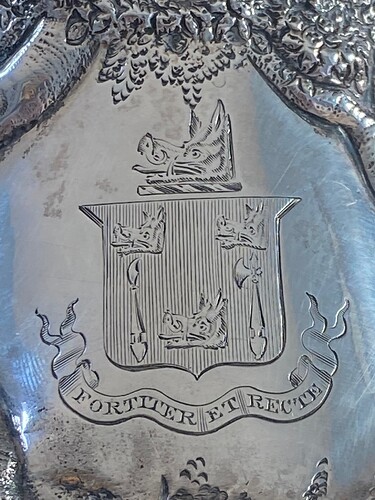 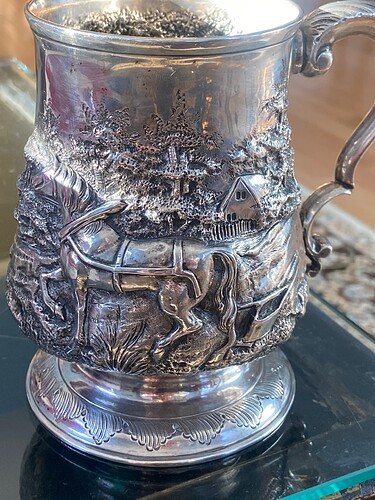