Is this imported silver?

I have thisz napkin ring, which has been assayed in London I think. The engraving is very unusual and I wondered whether anyone has any thoughts about it origins. 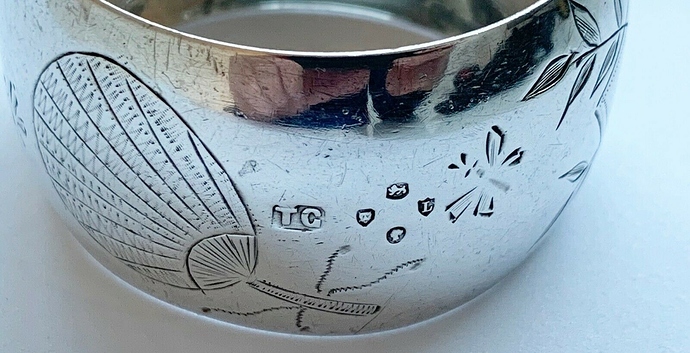 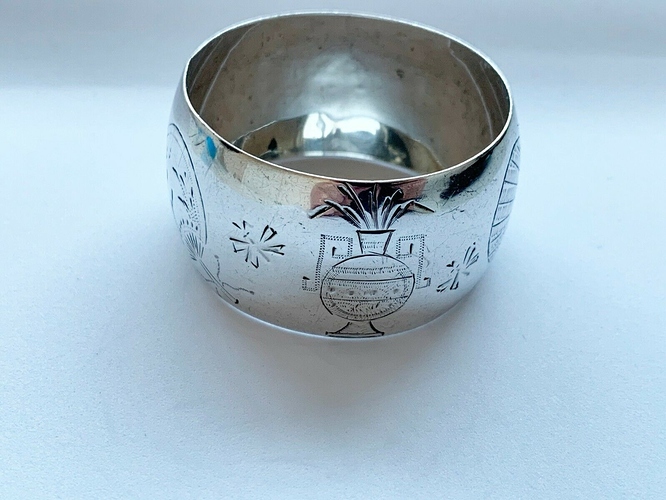 It is probably not imported. The hallmark certainly does not indicate that it is - imported silver was marked with an additional “F” but it has been noted that, as it was not a legal requirement at the time to declare imported silver as such, the “F” did not always get applied. However there was a fashion for Japanese-inspired decoration and I think it is likely that this napkin ring was produced to satisfy the market. You may have worked out that the hallmark is London 1886 but you may not know that the maker is Thomas Goodfellow who is not noted as an importer of silver.

Thank you for your reply Phil. Much appreciated.