Is this Silver Plate? Bell Mark

Hello, can you help me identify the silver / plate? used for this egg cup and stand? I think the inside of the egg cups is gilt, but have had no luck tracing the bell.
Erika 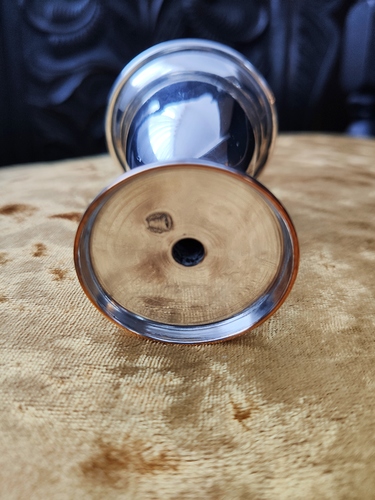 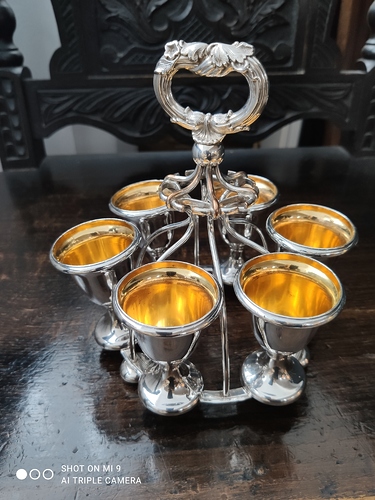 In the absence of any marking indicating that your egg cruet is silver we have to assume that it is electroplate. A bell was used as a trade mark by several companies including Barbour in the USA and Sissons in the UK, in both instances on silver plate. In addition any company or individual with the “Bell” name would almost certainly use a bell in their trade mark. I don’t recognise this particular version of the bell; it comes fairly close to the style of Barbour’s mark, but is missing other components which are normally associated with their pieces.

Thank you for having a look at this for me, and for your sharing your thoughts - much appreciated.