Hi. I bought these today and was wondering if anyone knows anything about them. I have never heard of Mandal Silver and what little I have found suggest that they are real silver from Norway. If they are genuine silver, what could they possibly be worth. They are quite heavy for their size. Thanks in advance. 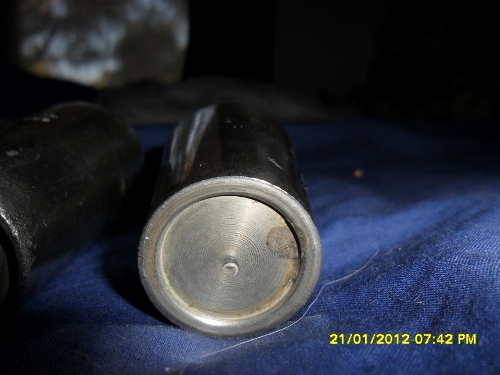 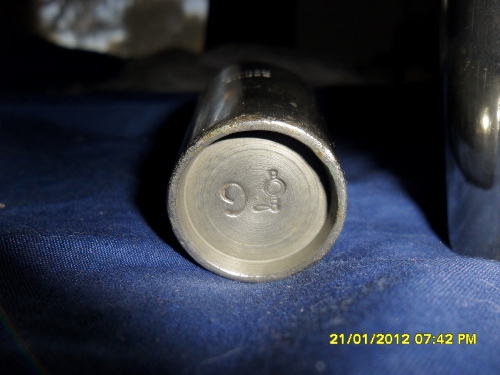 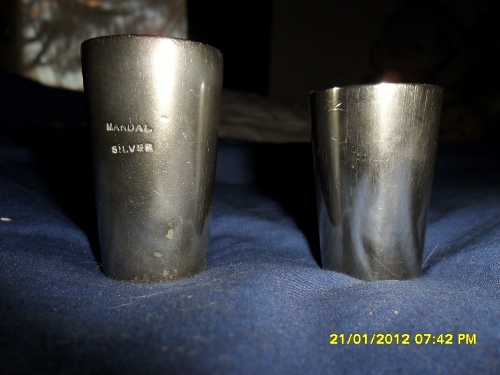 They may have been used in the pub trade. Mandal silver seems to have been an alloy used in Britain in making various barfittings around the early 20th Century. These include mugs, measures and barrel taps. Some people also suggest Mandal silver was used in Norway in the pub trade. Mandal Silver is also a Norwegian town where silver was exported to Britain and used as an Alloy with Pewter.

However, given the objects were used in the pub trade (I doubt in most instances), there is any silver in the alloy?

Sorry I couldn’t be much more help.