This is another piece in the collection I inherited, just looking for some info on the marks and anything else one can provide. Thank you. 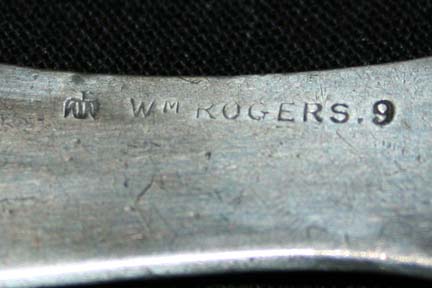 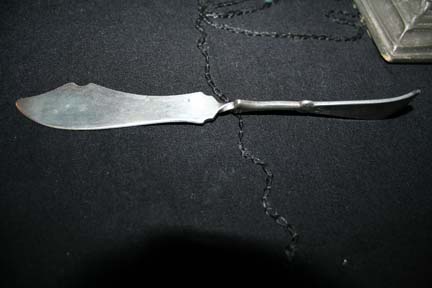 Hi once again, Kittyno. The various Rogers silversmiths are confusing to say the least. One of the very earliest, William Rogers of CT, made coin silver items in the 1830s and 1840s and used a mark very similar to this one, but instead of the “9” he used a star. Much more modern Rogers folks used a mark similar to this on silver plated wares until the 1970s, but the “m” in “Wm” is lower case vs. yours that is upper case as did the early William Rogers mark.