need help with halmarks and history.

My Great Uncle was in WW2 and was stationed in France. They secured a castle that had been occupied by Germans. The castle was mostly looted but he found this silver porringer that he carried with him to his home in Virginia.

We were wondering if anyone can tell us about where it was made, what it is worth and what it is made of, silver plate or sterling silver. 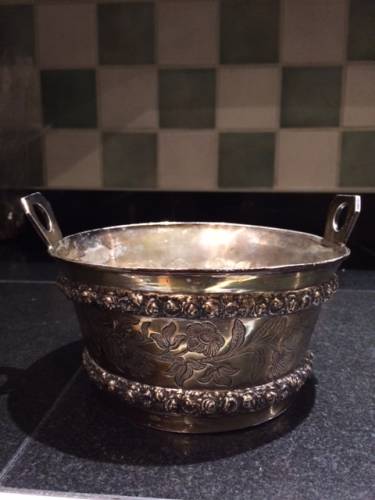 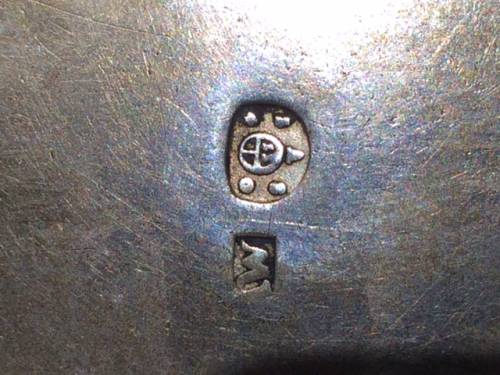 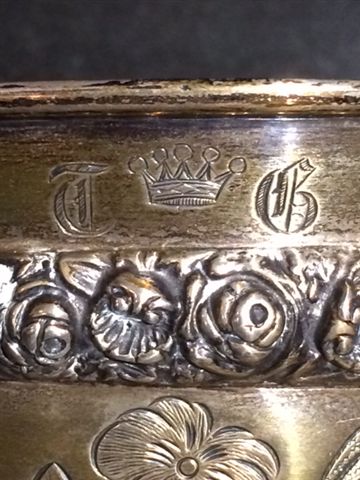 That is a Vienna mark. (‘A’ denotes the town).The numbers around the edge of the circle are the date, which appears to be 1840. The number inside the circle is the purity of the silver. It looks like ‘13’, which is 13 löthig. This is 81.25% pure. (Sterling being 92.5%). The letters in the other mark would be the maker’s mark, which might be traceable, with a little effort.

The engraved letters are the owner’s initial. The coronet is an Adelskrone, which indicates that whoever ‘T.G’. was he was from the lower ranks of Austrian/Bavarian nobility.