I am hoping that someone can help me identify this fork. It is 8 1/4" long. Please see pictures. 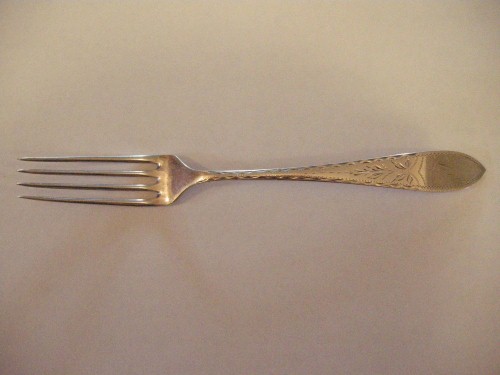 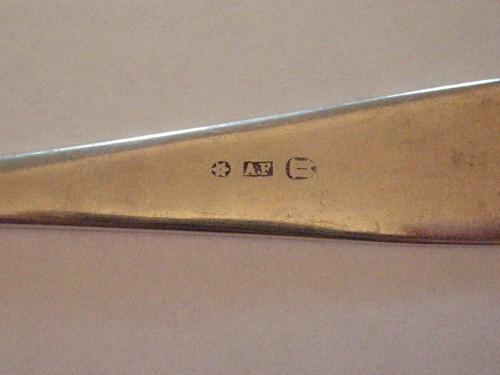 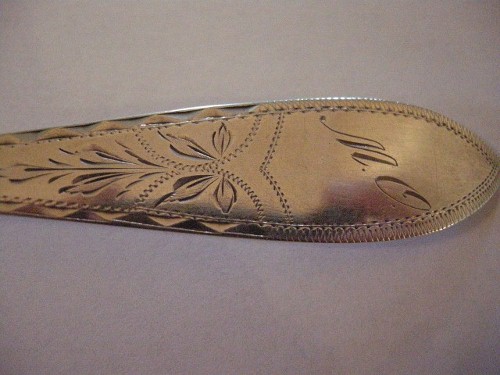 Patern name is “Empire” and it dates from 1790ties onwards. Still manufactured in the 1930ties and most likely also later. The oldest piece I have iis 1799. Made originally with the deep-cut to differenciate from old sheffild plate. That could not be deep engraved.
Yours is made of Electroplating - the 2 towers should look alike the 3 towers in silver.

The use of 2 towers was a marketing trick used after 1890ties and they stopped after agreemnet in the 1930ties.
Your fork is therefor not american but danish.
A long tradition but not very old - not later that 1930ties. Could be as old as 1893 so somewhere in between. Most likely 90- 100 years.
It is messing the is electroplated - i.e. a thin layer of silver upon messing or alpacca.

Thank you so much for your reply. I had no idea that it was Danish. Do you have any idea what the “A.F” stands for? Could it be A. Fleron?

he was a silversmith - dont know if he made plate also. EP marks are not researched, so I dont know who A.F is.