Hi guys I’m pretty new to all this but I have always liked silver and silver plate objects and I picked up an unusual piece recently to start my collection. But I have no idea what it was used for or what the plate marks signify and was hoping that there would be someone on here that could help me. 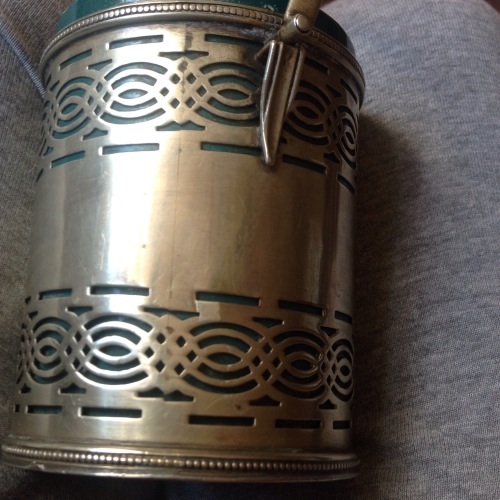 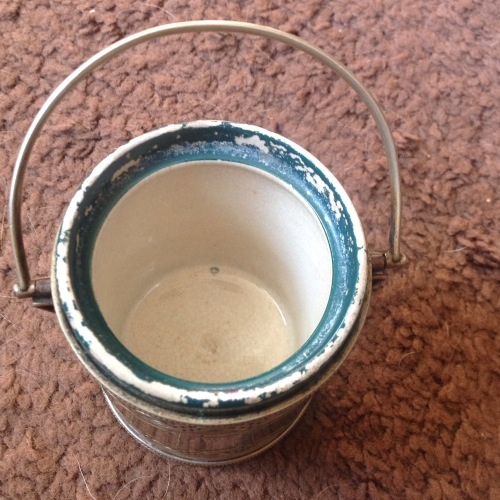 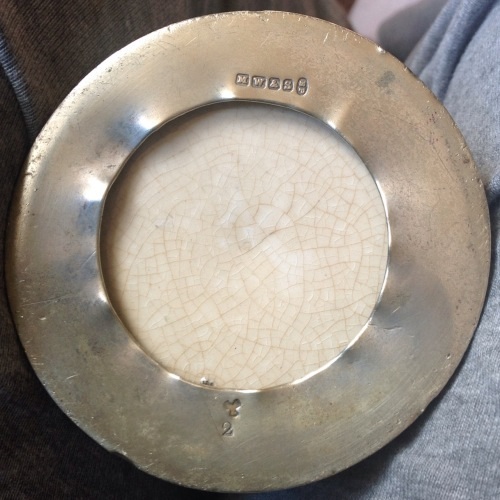 Welcome to the forum.

Your object was made by Mark Willis & Son of Sheffield. I’m not sure exactly what it is but I would suggest that the liner is not the original one. I’m pretty sure it would have been glass, either blue or green. I presume it is too small for preserves so may have been for condiments; i.e. salt or mustard. It may also have had a lid and matching spoon.

The ceramic pot I think is definitely what should be there, I have tried various methods of removing it but to no avail. I thought maybe it was for preserves as it is approx 2" wide by around 3-4" deep my husband thought maybe a tobacco jar. Do you think the BP in the oval means British Plate? Does the seam indicate that it’s old plate as it is also without the EPNS stamp? I’m sure as you suggest it would have had a lid at some stage possibly with a spoon. The ceramic insert appears to be old as it’s quite crazed. But with no date stamp these things are difficult to date. Have you any idea what the number and the clover type shape on the base of the pot indicate? I know I have a lot of questions but I am really grateful for your input, thank you x

It’s bigger than I had assumed so a preserve jar is much more likely. My reasoning on the liner not being the original one is that it appears to project over the top of the metalwork, but maybe if it was a preserve pot then a ceramic liner is more of a possibility.

By “old plate” I assume you mean Old Sheffield Plate. The seam is not an indicator of this process which was an older system of plating involving a layer of silver which bonded onto copper. It mostly died out as a product when electroplating was introduced.

The number and clover punch would have been some sort of factory marking - perhaps the number 2 is not unrelated to its 2" diameter, or maybe it’s the 2nd component of a set.

very impressed! I knew coming and joining this site was a good idea. X