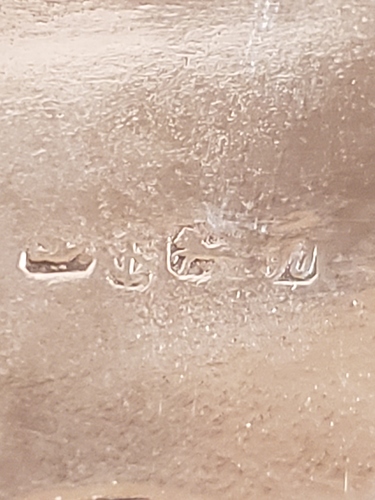 About all I can tell you is that it’s Sterling from Birmingham. I can’t make out the letter on the right, or the maker’s mark on the left, looks like it got polished a bit too heavily over the years. Maybe someone else here recognizes a bit more.

This mark doesn’t look right for a Birmingham mark, despite the anchor. Points going against it are:

I suspect it is a “pseudo-mark”, probably belonging to an American silversmith. A picture of the whole item might point towards an origin.

You’re right about the Lion passant mark, now that you point it out it’s obviously wrong for the UK.