I Don’t know what this is? Maybe candlestick holder, maybe something for food? Plate is about 3" in diameter and shot glass looking piece is 1-3/4" tall by 1-1/4" diameter at top. Haven’t a clue why these would be connected to each other. Please Help. Thank you. 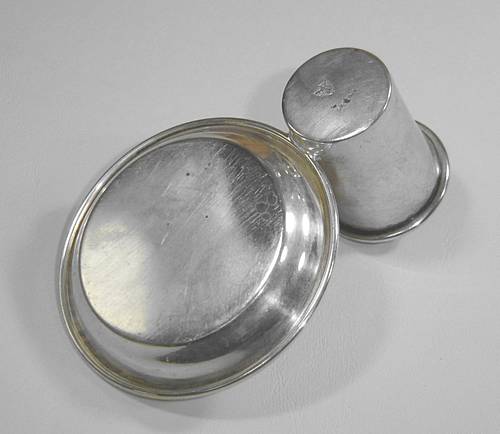 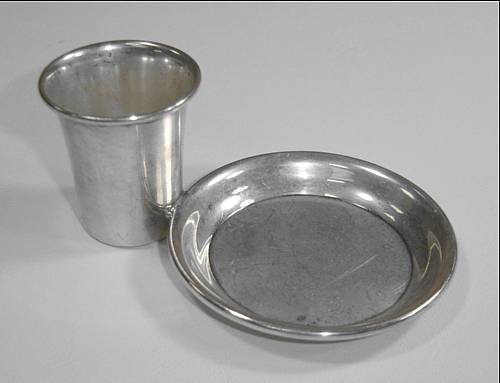 I hoped someone with more information might respond, but let me give you what little I know. Prill began as Edward Prill, Inc. in 1936-37, and became the Prill Silver Co. sometime between 1940-1945 - they were based in New York City.

Now for the quessing part! There were a large number of novelty silver items made during this period. I wonder if this was some sort of a smoking set - with cigarettes placed in the cup and a matchbook on the dish?

Anyone else have a guess!?!