I am trying to solidify information regarding this Fish Knife & Fork Set. I have identified all of the markings (1) “FC” - Francis Clark; (2) “Crown & Lion” - Sheffield; and (3) “a” indicating 1893 which corresponds with 1894 which is engraved on the knife. Both pieces are stamped with the same marks.

Of particular conflict with the above information is the fact that silversmith Francis Clark worked out of Birmingham, not Sheffield. Also, Francis Clark and family migrated to Australia in 1850 and he most likely could not have created this piece in 1893.

Also, I have done extensive searching on the internet and have not been able to find anything that resembles these pieces. I have never seen antlered handles like these, and while many Fish sets have engraving, the backside of the knife is engraved “CROYDON 1894 FOR PRODUCE GROWN WITH PURE ICHTHEMIC GUANO” 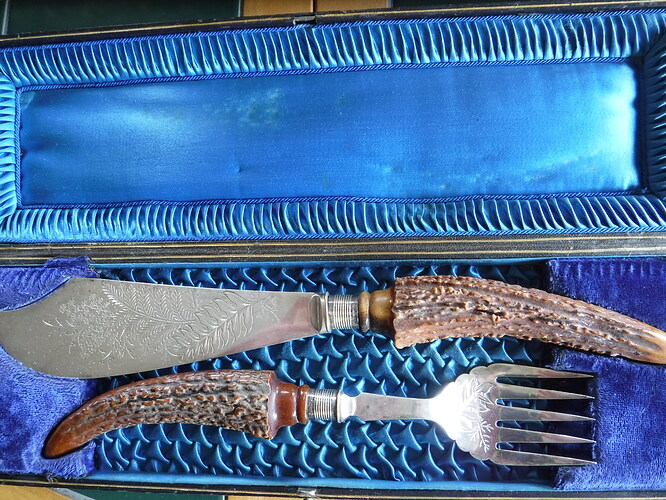 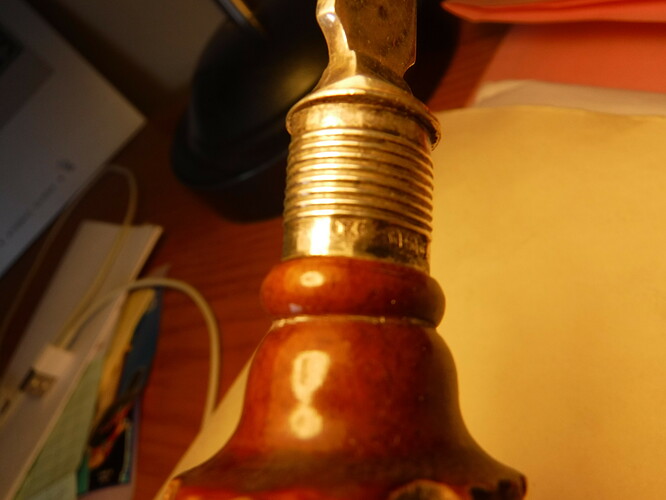 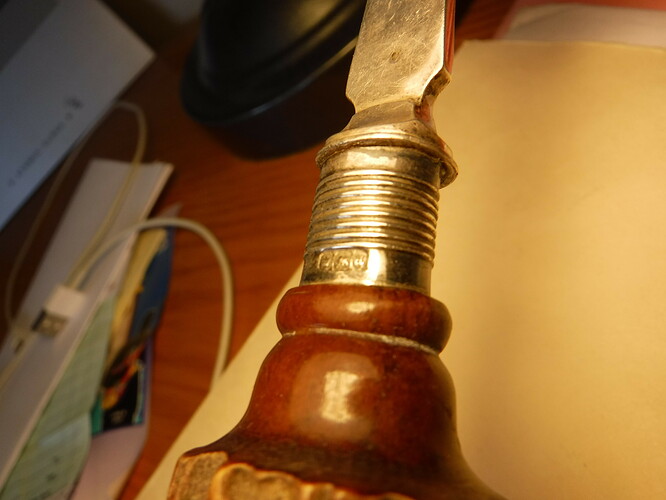 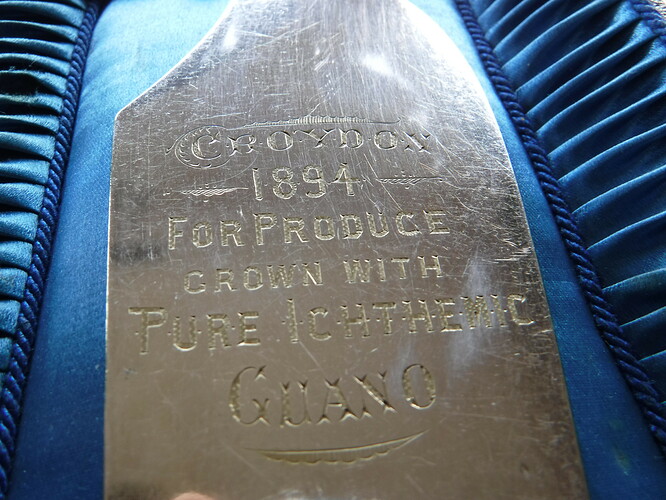 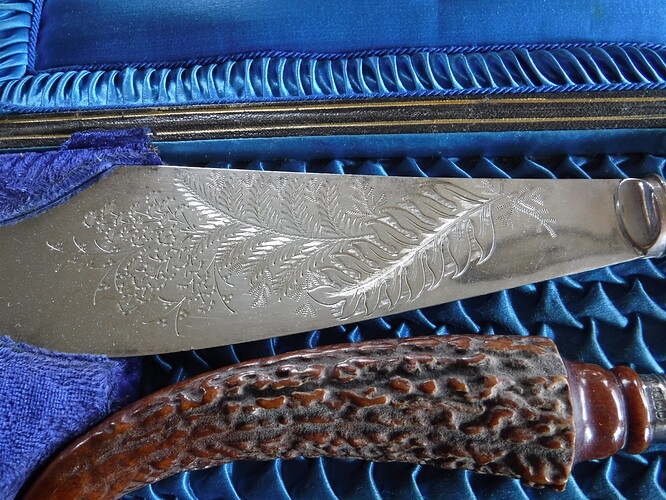 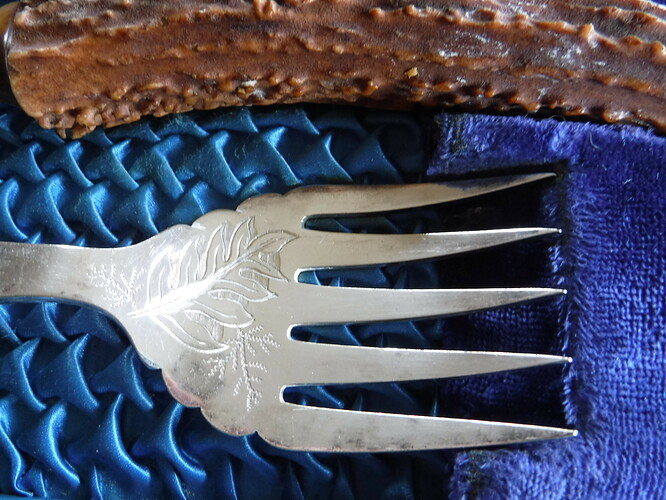 You don’t show the maker’s mark sufficiently clearly to be able to confirm your identification. However, as Francis Clark’s mark was registered in Birmingham and this is a Sheffield assay mark, it cannot be him - especially if he was in Australia.

I suspect that this FC is Francis Cholerton whose mark I have previously seen on a bread fork. His mark, FC in an oval punch, was registered in October 1883 and he was certainly still in business in 1899 when he registered a similar mark.

Antlered handles are often seen on carving sets so I don’t see any reason why they should not also appear on fish servers.

Thanks for your info! Further investigation including better blown-up photos confirms it was Francis Cholerton. The location, date and hallmarks and makers mark all line-up appropriately.

I am still interested in finding out details regarding the “Croydon” engraving on the reverse of the knife blade if anyone out there might have any thoughts on the matter. Thanks.

I guess it’s probably a prize from a gardening show. Guano was much used as a fertilizer until it became too depleted. 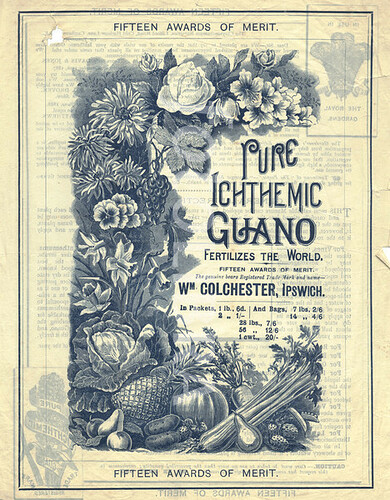