Hope you guys can help me with this one. I did some searching around but couldnt find even a close match. I know very little about their history other than there atleast 60 years old. They may not even be silver because the color seems to be a little off and theres no sign of dark tarnish, though they may have been cleaned recently. I have 6 so maybe they came in a set of 6? All 6 of them are 5-3/8" long. 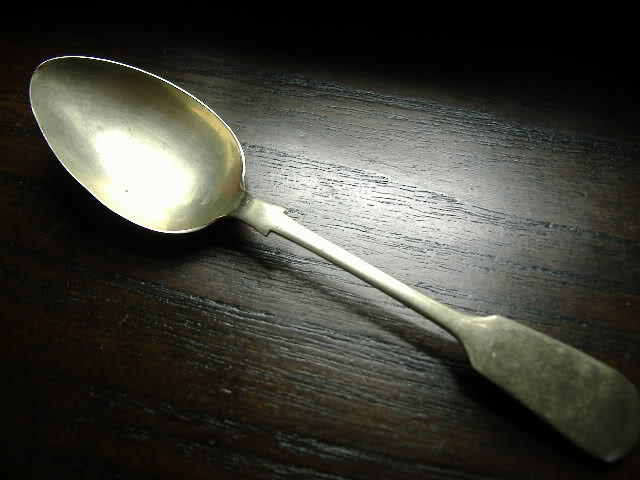 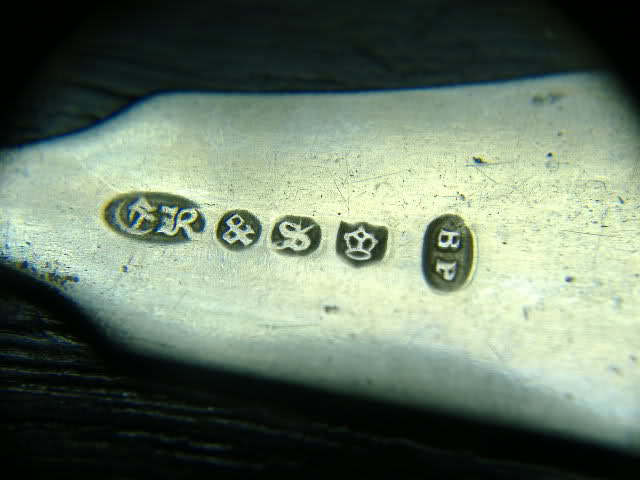 Sorry, can’t help with ER&S, but BP is Britannia Plate; i.e. electroplated Britannia metal. This of course means your spoons are not silver.

So looks like the spoons are made of tin, antimony, and copper? So were does the electroplated term fit in here?

Any idea on an age?

Electroplating is an electrochemical process in which a very thin layer of pure silver is deposited onto a base metal, in this case Britannia metal. They date to before about 1896 (I can’t remember the exact date) when use of the crown on non-silver items was made illegal.

If they arent solid silver then that rules out the chance of value from that. My grandmother was given them by her relative and apparently there atleast 100 years old like you said. She was told that they were valuable somehow.

Is there any chance they have unusually high collector value due to age or the markings on the spoons? Perhaps that they have the “banned” crown symbol, or maybe the ER & S is rare?

Sorry, no chance of any value at all - at least, in my opinion.