I have what I think is a very early silver breast star of the Spanish Order Of Charles III which was first issued in 1771 and is still currently issued. Though a Spanish order it was mostly manufactured in France but was also made by most European jewellers so it is not easy to pin down a country of origin although this one was acquired in Italy.

I have scoured Tardy and drawn a blank and gone through some truly excellent websites dedicated to silver marks and could find nothing similar. So I would be grateful for any clue as to the meaning or source for this mark.

As you can probably see there two marks the partial one looks like an N struck through and a 6 either side of some undecipherable object. An identical but partial mark of the grecian female head is also found on the closing pin. There are no other marks on the metal at all. 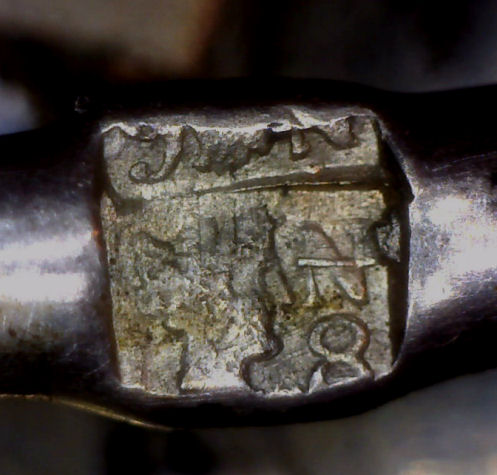