Need help identifying the hallmark on this snuff box. I believe it to be manufactured in Stockholm Sweden in 1854 but cannot identify the maker and it does not contain a mark noting it as either sterling or silver-plate. Thanks! 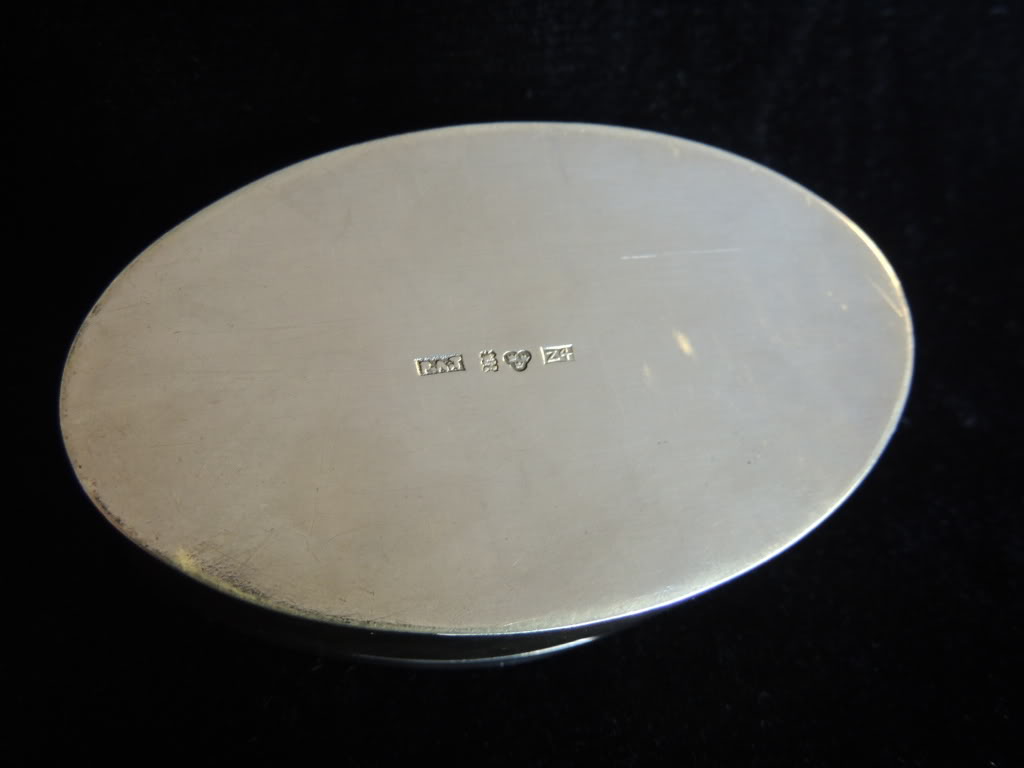 Hi there, Swedish silver of this age wouldn’t have had the sterling mark. Your box had all the marks required for a sterling piece.
Cheers, Ben.

On the other hand we have silver plate - plate har absolutely nothing to do with silver. Its a base material - cobber, brass, alpacca, nickel silver, or another alloy. Made to illudate silver by a micro micho micro thin layer of silver on top. We distinquis between plate and silver. Where silver has content from (could be 600) up to pure silver 999/1000.
Somebody think that the brittish standard 925 called sterling is the only standard. They could not be more wrong.