I thank you in advance if anyone can help identify this hallmark. 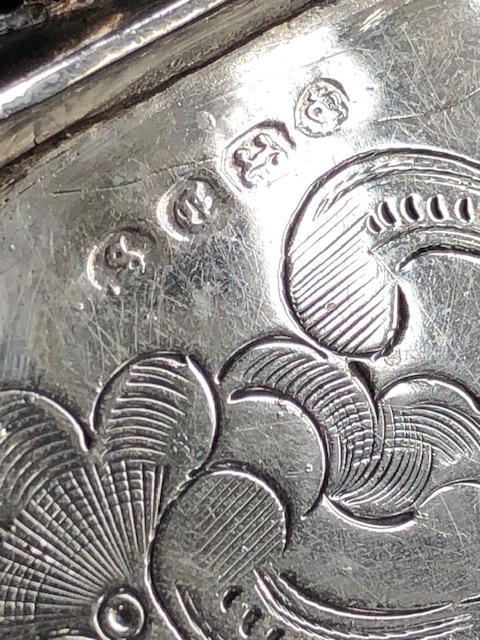 Not in fact a hallmark as your tray is electroplated and not silver. The manufacturer is Samuel Evans of Birmingham who was in business in the last quarter of the 19th century.

Thank you so much. I am curious, is the crown a sheffield mark and what is the mark beside it?

All 4 marks comprise Evans’s particular mark. I am not sure whether the third mark is meant to be anything specific but it has been noted that similar marks may have been used in an attempt at fooling the public that they are the lion passant symbol for sterling silver. The crown has also been used in a similar way. In fact the use of a crown on electroplated wares was made illegal around 1896 after representations from Sheffield silversmiths that its presence was misleading the public.

Thanks very much, I have learned a lot.