wanting to know anything i can about this fork and spoon 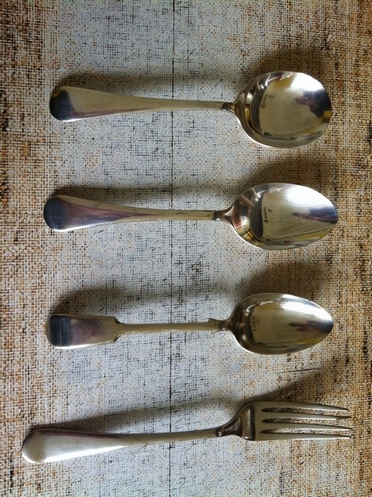 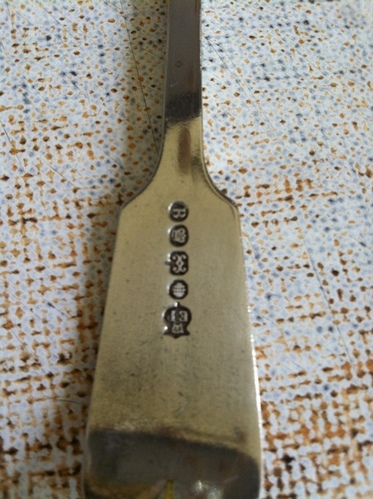 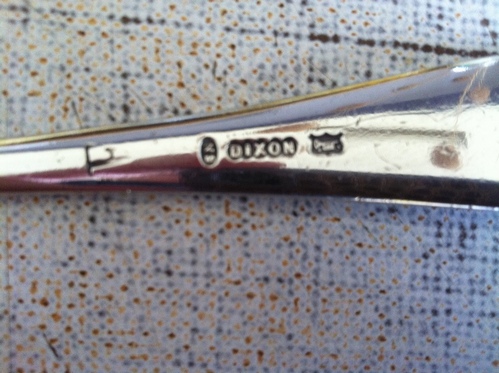 Assuming the 2 pictures cover all 4 pieces I have to tell you that they are not silver.

The first mark is one of those annoying ones where the maker does not use his company’s initials; however the salient feature here is the EP under the crown - EP for electroplate of course.

The second mark is that of James Dixon & Sons of Sheffield. The initials are actually NS - for nickel silver. This is an alloy containing no silver whatsoever.

They date from the late 19th century (the use of the crown on electroplated became illegal some time in the 1890s) to 20th century (the Dixon piece or pieces).

Value is going to be minimal and you would be better off putting them in the kitchen drawer and using them.

good to know they are so old anyway .and yes i have been using them.

thanks once again for your help